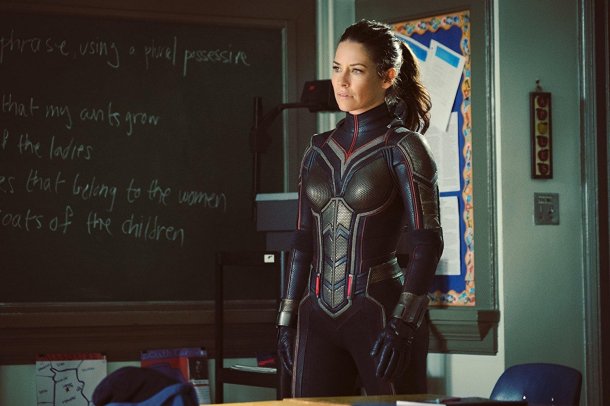 Three years have flown by since Evangeline Lilly debuted in the Marvel Cinematic Universe. The LOST and Hobbit star returns in Ant-Man and The Wasp this weekend as Hope Van Dyne aka The Wasp. It’s the first MCU film post-Thanos-finger-snap in Avengers: Infinity War (although implications from that moment play out in this sequel as well – stay for the mid credit scene).

The actress spoke with Entertainment Tonight recently about the upcoming sequel. Here are some of the highlights from the interview: 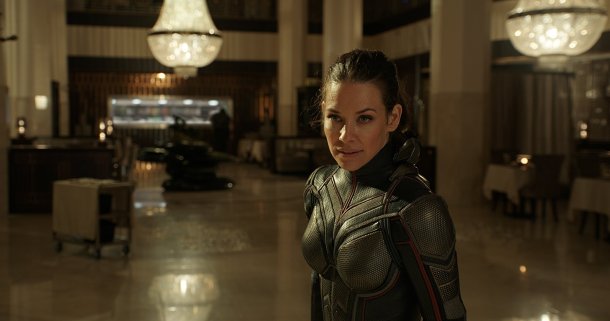 This is the highlight of my career for sure. Not just because I get to play a superhero, but because I get to be the first titled female superhero in the MCU and that’s a big deal. It feels important especially in this climate, in this moment with our culture from women still clearly saying we’re still not being treated equally to time’s up we’ve got to be treated equally to now getting equal billing with a man in this universe that is predominantly male means a lot to me.

On Bringing Girls Into the MCU

I loved fairies and pixies but now I get to be a kind of kick ass fairy pixie which is way cooler than an ordinary fairy. I knew somebody who works for Marvel who has a daughter and she’s always, “It’s not my thing.” With this one, they said, “It’s a woman and she has wings,” and she was like, “What? She has wings? I want to go see her.” For me, bringing girls in to this space and giving them something cool is really exciting.

On Her Wasp Suit and Level of Comfort

I loved my suit. You know why you think my suit was uncomfortable is because all the men in the Marvel Universe complain about their suits. I’m used to being uncomfortable to look good. We walk around in high heels. Women are generally used to be uncomfortable so we don’t notice it as much.

On Designing The Wasp Suit

One of the big problems with it was that it gave me a really flat butt and I don’t have a flat butt. We needed to get it right. I didn’t want it to be garish. The comic books were really focused on T and A. It was very focused on the curves and being buxom and I have small breasts, narrow hips, and I’m more athletic so I wanted it to be sexy and beautiful but I wanted it to be modern and realistic as well and that balance was tricky to find.

On Working with Laurence Fishburn, Michael Douglas, and Michelle Pfeiffer

Laurence has epic stories. Michael has epic stories. Those men lived hard and fast in the 80s and they’ve got amazing stories to tell. Michelle is just so cool and funny and generous. I didn’t ask them any questions because I was too afraid of prying. It was truly a dream to work with them but I just felt like a spectator. I was just always watching them.

On the Dynamic Between Scott and Hope in the Sequel

It got a very Moonlighting feel to it. They hate each other but they love each other. There’s a real yin and yang factor to Scott and Hope. In the first film, she thought he was unnecessary, useless, and obnoxious and then eventually he found a way into her heart. He thought she was cold, aloof, and a bitch and she found a way into his heart. But at the start of this film, they’ve already had a romance, they’ve been through that and now they’re estranged so they have some baggage and it’s fun to see them work through it. 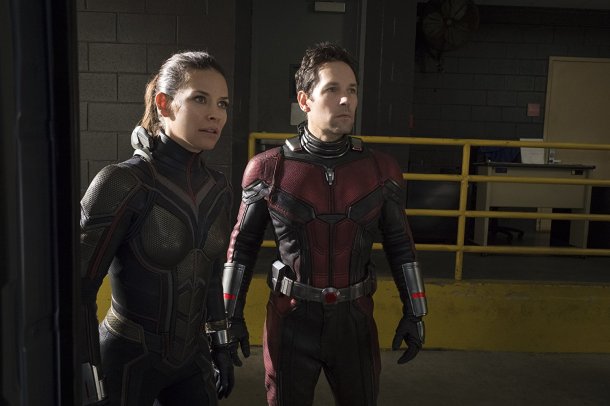 I hate reboots. Can we just leave Star Wars alone? Rogue One was amazing but other than that, leave it alone. It’s legendary and perfect. I don’t want an Indiana Jones reboot. All of these things are so precious and sacred and I just feel reboots end up watering down what the original was which was beautiful in the first place. If they wanted to do a LOST reboot, I would just feel like I was risking hurting the original thing we did, it was beautiful and you should just let it be.