The biggest day at any comic convention is often Saturday and that was certainly the case today with a number of high profile panels hitting the spotlight. Here is the recap from a very busy day at New York Comic Con. Click on these links to view Day One, Day Two and the Disney Panel Recap. 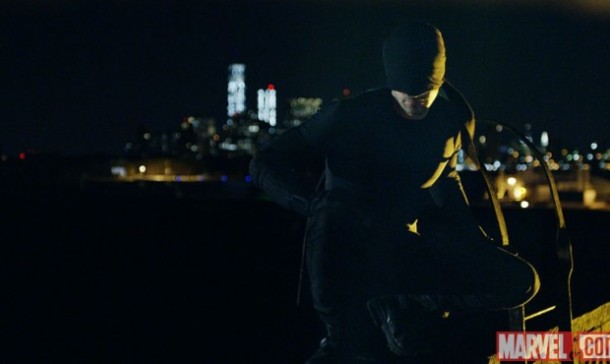 — Marvel has been prevalent throughout NYCC this year and so we begin with the first look at their joint venture with Netflix. The first project born from the partnership is a Daredevil series and today details and first looks were revealed. Charlie Cox will portray Matt Murdock/Daredevil in the series. Jeph Loeb from Marvel spoke about the upcoming series and here are a few things he revealed:

– Rosario Dawson has been confirmed to play nurse Claire Temple in the series. Loeb says that Dawson is “an incredible actor and you’ll love what she’s done with the role.”

– Toby Moore will play Wesley (The Kingpin’s right hand man) and was hired just before filming began. It was previously announced that The Kingpin aka Wilson Fisk will be played by Vincent D’Onofrio.

– D’Onofrio described his character as “a child and a monster.” He said that everything that he does and every move he makes in the story comes from a foundation of mortality inside of himself. He said that much like Charlie’s story, viewers will get an idea of the origin of Fisk and how he became a character that people seem to like. “They’re playing it emotional and real and moment to moment.”

– Showrunner Steven DeKnight believes there are no heroes or villains in the story. There are people making different choices. As a lawyer by day and vigilante by night, how far will Murdock go? He’s one bad day from being Frank Castle (The Punisher). DeKnight adds that when you hear Fisk’s side of things, you might think he is actually doing the right thing and viewers might not be sure who to root for. 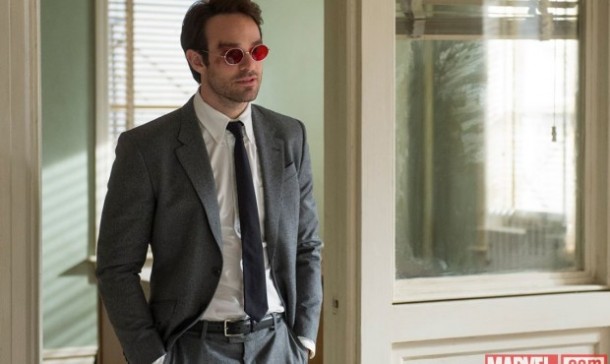 — Wristbands were at such a premium for The Walking Dead and Daredevil panels that one volunteer got busted trying to sell some to people in the food court and lobby area. Bleeding Cool details the gross negligence and disregard for con policy. 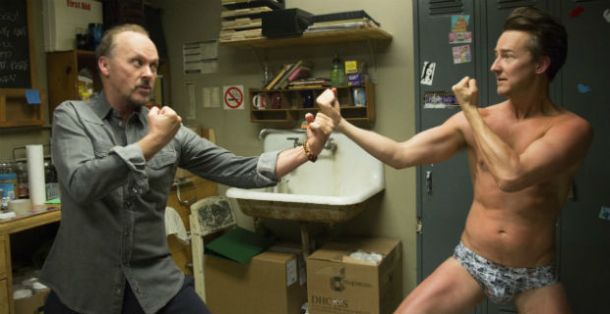 — Superhero movie being all the rage, there’s an indie satire feature set to open in theaters on October 17 called Birdman. The film, which has garnered strong reviews from critics at festival screenings earlier this year, stars Michael Keaton, Edward Norton, Emma Stone and Zach Galifianakis. The film was featured at a panel today where the stars talked about how they became involved with the project and engaged in humorous banter without really talking about the film. Still, Birdman is one to check out and is one of my Most Anticipated Movies to Close Out 2014.

— The Walking Dead and Daredevil may have been the big draws today, but Arrow star Steven Amell was no slouch. Amell sat with around 1,000 of his closest fans to drop plenty of hints for Season 3, which just got underway earlier this week. Here are a few things that were revealed, but if you want to avoid the spoilers, SCROLL DOWN QUICKLY TO THE WALKING DEAD:

– Amell began by talking about the death of the Canary at the end of Season 3, Episode 1 and hinted that Laurel may soon take up the mantle.

– Tommy Merlyn is back. Collin Donnell appeared halfway throughout the panel and told the crowd that Tommy will be back this week as part of the Hong Kong flashbacks.

– Arrow will meet up with Malcolm Merlyn and the show will continue to build up through the first 9 episodes with a  fall finale ending on “a literal cliffhanger.” Amell says the episode features the longest fight scene they have had on the show, a sword fight which Oliver is shirtless the entire time. (This news was greeted by lots of cheers from the women in the audience.) 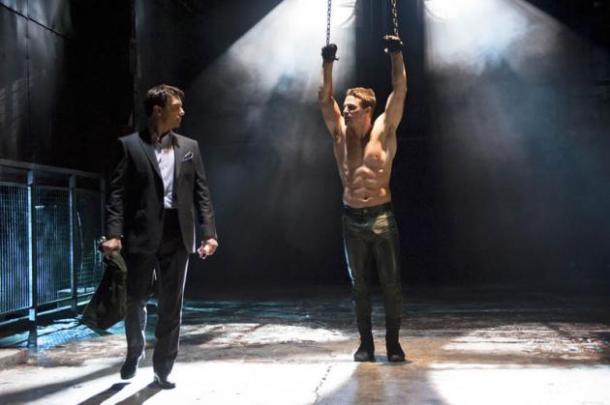 – When asked about the increase in the number of heroes around Starling City, Amell said that they would be important in the resolution to Season 3.

– Episode 5 will feature an origin story for fan favorite Felicity Smoak in all her sparkly blue-eyed glory.

— Ok, you’ve waited long enough. The Walking freaking Dead. Season 5 gets hacking tomorrow evening, but today fans got to see the first four minutes of the season premiere. So let’s pause and you can watch it here:

The season premiere episode as directed by Greg Nicotero who said that while Season 4 was sedate, this season is immediately intense and jumps to the horror of the situation. “Every emotion felt in the last four years is all in this first episode.”

Producer Scott Gimple said that we will still continue to learn more about the characters’ back stories, although more in the recent past as well as play with time a little bit.

Creator Robert Kirkman said that this season will have more intertwining between the show and the comics. He said this season pulls the big moments from the comics while they still changed things up a bit. Nicotero added that he keeps panels from the books in his working notebook while shooting.

So who was at the panel? In addition to the aforementioned Nicotero, Kirkman and Gimple the cast was on hand. They were *deep breath* Andrew Lincoln, Steven Yuen, Lauren Cohan, Michael Cutlass, Melissa McBride, Chad Coleman, Sonequa Martin-Green, Norman Reedus and Danai Gurira. Reedus shot some video as he joined the cast on stage.

Gurira, who play Michonne on the show, said she loved her character’s unapologetic strength and praised the fact that the show has this strength as a feature of all of the female characters. Woo, girl power!

Each actor talked about their character, the fans and how much they loved working on the show. Melissa McBride (Carol) started crying when discussing this, making some wonder if Carol was not long for The Walking Dead world.

Lincoln said that Rick kind of regrets killing Shane and that his dead buddy might have had the right approach. Then he smiled and said, “I killed…. SO many people.” 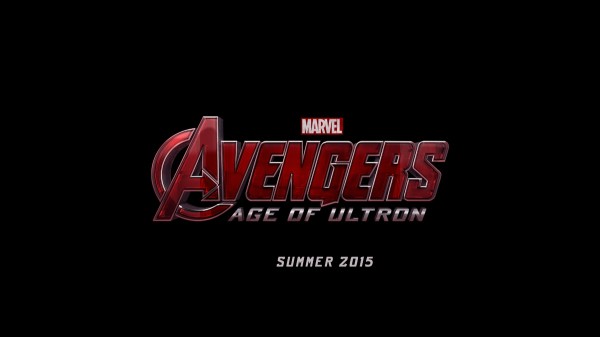 Ok, so this technically wasn’t part of the general admission events but Marvel screened the teaser trailer for Avengers: Age of Ultron at a retailers meeting in the morning. How much of this is legit is up to you to decide. I’m just passing along what is being reported. So here’s the scene as described by Dennis Barger Jr. of Wonderland Comics in Detroit to The Bleeding Cool…

Wow, the trailer has an amazing scene with the whole cast relaxing in their down time that strikes me as something Brian Bendis would have written. Then in crashes Ultron and the second you hear Spaders voice you realize this movie is going to be amazing. Scarlet witch and Quicksilver look cool, and everyone cheered the second the Hulk Buster Iron Man suited up.

So there you have it. Seems legit. We’ll most likely see this teaser trailer drop at around the same time Big Hero 6 arrives in theaters and it will definitely be attached to the Disney flick.

One day of NYCC left and then it’s on to Comikaze in November!