It would be easy to resign myself to another Leone classic, but there’s only one thing that can top that – zombies! Specifically, George A. Romero’s Night of the Living Dead. Since the premise of this movie can be summed up in one sentence, I thought it might be interesting to carry the notion that EVERY movie can be improved upon by adding zombies. Ok, well, maybe not The Notebook. But first, that one sentence summarization: A group of people hide in a farmhouse from bloodthirsty zombies.

Now then, to carry this idea that originated on Cracked.com, a few more movies that could be improved upon by the addition of zombies.

Machete – This movie is already pretty dope in it’s own right, but let’s say that Danny Trejo not only has to fight off a bunch of racist “patriots” but somehow, suddenly a hoard of zombies is brought back from the dead (perhaps “Remember the Alamo” zombies). This would just equate to more Danny Trejo-Michelle Rodriguez-Jessica Alba butt-kicking… Although I hope Machete doesn’t have a thing for lady zombies cuz that could get a bit awkward…

Scott Pilgrim vs. The World – Not only does Pilgrim have to fight off the seven evil exes, but he gets warped into a hidden level that’s inhabited by thousands of zombies!! Bonus points, bonus weapons and bonus lives aplenty!

The Dark Knight – OK, sure Heath Ledger as The Joker was pretty awesome and Harvey Dent is a tortured soul, but what if the joker unleashed an army of crazy clown zombies on Gotham! Just the thought of Christian Bale grumbling and going to town on an army of undead clowns sounds so awesome!

Inglorious Basterds – You thought that Crazy 88 sequence in Kill Bill Vol. 1 was something, you haven’t seen anything yet. Not only is Brad Pitt going after some Nazzis, but bonus points for the feller who re-deads the most undead!

Twilight: Eclipse – This series is already deep into the mythology of werewolves and vampires (as sappy and emotional as they may be) so why not throw in some zombies to the mix! An all-out Cullen family vs. werewolves vs. zombies battle royale! At least it’s something for the guys to enjoy and zombies don’t require any crappy dialogue! P.S. – Dig the 4.8 stars out of 10 rating on IMDB. 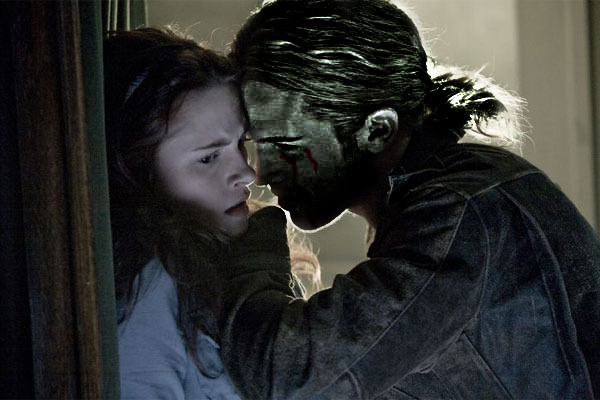 Million Dollar Baby – So we know Hilary Swank can box. But let’s see Clint and Morgan Freeman busts some heads! The solution: zombies!

Dumb and Dumber – The thought of Jim Carrey and Jeff Daniels being chased through Aspen by a ravenous group of zombies is pure comedy gold! Although these boys probably wouldn’t survive the onslaught, we’d finally know what happens when a zombie (accidently) ingests too much laxative.

I could keep going on and on, but the fact of the matter is, there are a few movies that probably wouldn’t benefit from the addition of zombies. Of course, I’m talking about Zombieland.