The Weinstein Company is on a roll today. Earlier they revealed that Mark Walhberg would be playing the Six Billion Dollar Man in an adaptation of the 1970s TV show.

Now, the studio has revealed the full cast for Quentin Tarantino‘s western, The Hateful Eight.  Here is the cast: 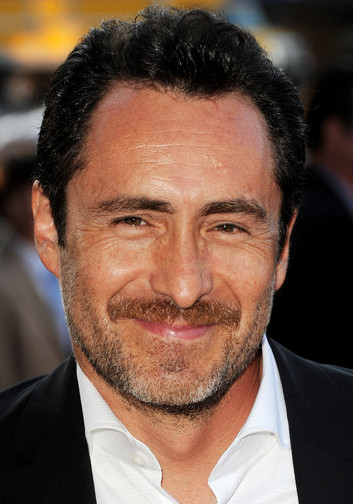 Channing Tatum has also signed on for a role in the movie but the specifics were not revealed.

The Hateful Eight is set “six or eight or twelve years after the Civil War” as a stagecoach journeys through a wintery Wyoming landscape. The passengers, bounty hunter John Ruth and his fugitive Daisy Domergue are traveling to the town of Red Rock where Ruth will bring Domergue to justice. Along the way, they encounter two strangers – Major Marquis Warren, a former union soldier turned infamous bounty hunter and Chris Mannix, a southern renegade who claims to be the town’s new sheriff.

With a blizzard closing in around them, they take refuge at Minnie’s Haberdashery, a stagecoach stopover on a mountain pass. When they arrive at Minnie’s, they are greeted by four unfamiliar faces. Bob, who is taking care of Minnie’s mother while she’s visiting her mother, is holed up with Oswaldo Mobray, cow-puncher Joe Gage and Confederate General Sanford Smithers. As the storm overtakes the mountainside, the eight travelers come to learn that they may not make it over to Red Rock after all.

The Hateful Eight will be presented in “glorious 70mm” when released in 2015.

“Any actor who jumps on board with one of Quentin’s films is in for a while and rewarding ride,” Bob and Harvey Weinstein said (although perhaps not in unison). “We couldn’t be any more thrilled with the fantastic group of performers we’ve assembled for The Hateful Eight and can’t wait to kick off the shoot in Telluride.”

The Hateful Eight is the eighth film from Tarantino. His last film, Django Unchained earned him an Oscar for Best Original Screenplay and grossed more than $425 million worldwide.