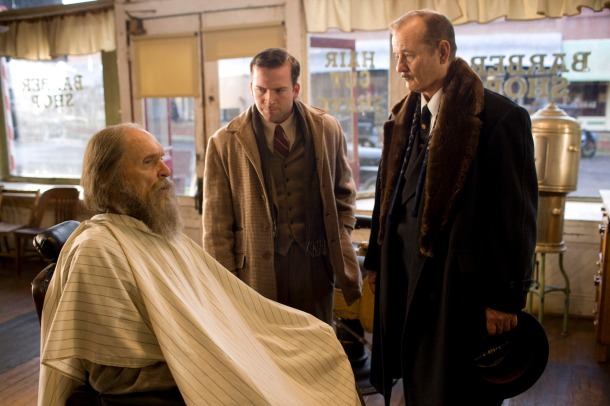 Yesterday evening, I had the privilege of checking out Robert Duvall‘s latest movie, Get Low, at Sony Studios. I’m sure anybody who’s watched movies has some clue of how good the legendary actor is (keeping Kicking & Screaming and Lucky You blissfully omitted from memory) and those of us who are cinemaniax pretty much have some idea of what to expect when his image hits the screen. That been said, Duvall really hits this one out of the park. It is quite easily one of his finest acting jobs ever and should garner an Oscar nomination.

Get Low, tells the story of a 1930’s Tennessee hermit, Felix Bush (Duvall) who decides to throw a funeral party for himself… while he’s still alive. He enlists the help of a local funeral home owned by Frank Quinn (played by a straight-faced Bill Murray) and his apprentice Buddy (Friday Night Lights’ quarterback Lucas Black). The trio hit the local radio station and offer a prize for people to show up and tell a story of the ornery, grumpy hermit with a scarred past. For five dollars, the winner gets the rights to the hermit’s sprawling acreage upon his death. But then enters the woman. (There’s always a woman entering to make things interesting in these kind of movies.)

Played with wonderful emotional range by Sissy Spacek, Mattie Darrow happens to run into Bush at the funeral home and old emotions are stirred. I’m not going to tell you the whole subplot that basically turns the story on it’s heels as that’s part of the fun in watching this movie. 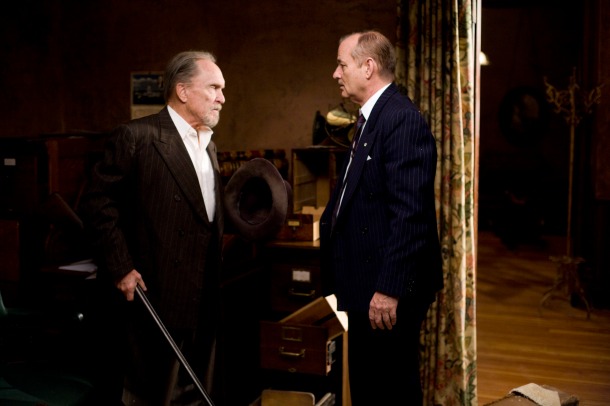 More than anything, I walked away from this movie with a gratefulness I haven’t felt since Million Dollar Baby. The acting is so superb and matched with the subtle yet beautifully shot cinematography of David Boyd (12 Rounds, Friday Night Lights; Season 1) and the bluegrassy score arranged by Jan A.P. Kaczmarek (Unfaithful, Finding Neverland), Get Low left me with a thoroughly satisfied feeling of being completely entertained. I highly recommend this movie!