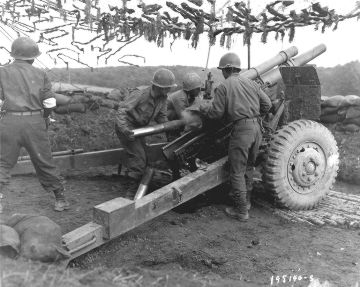 I’m not a huge fan of war documentaries. The basic rule with me is, the older the war, the less interested I am. As a wonderful paradox, I love war movies. Saving Private Ryan, Hamburger Hill, Rescue Dawn, bring it on! Earlier this month, I viewed the Afghanistan war documentary Restrepo (on the Fourth of July in a room full of veterans, no less) and, while entertained for a majority of the film, I kept getting sidetracked by the critical comparisons to the Kathryn Bigelow Oscar-winning war suspenser The Hurt Locker.

This time around, I watched 442: Live with Honor, Die with Diginity at the Japanese American Cultural Community Center’s Aratani Theater. First thing that pleasantly struck me was the turn out. On a Sunday afternoon, the 800-seat theater was practically filled to capacity. And not with just seniors. A wide range of ages were in attendance and watched in raptured appreciation as the story of the most decorated combat unit in history unfolded before us.

442 follows the story of the 442nd Regimental Combat Team, an all-Japanese fighting squad, and their experiences as they made their way through some of the deadliest skirmishes in Italy, France and Germany during WWII. Through first person interviews and narration by Only The Brave‘s Lane Nishikawa, the surviving members tell stories of the nightmarish hellfire they faced and the ethnic/racial conflict brought upon them as a result of the Japanese internment camps. The movie repeatedly reminds us that the squad was not only fighting against the Axis powers but also against racism. 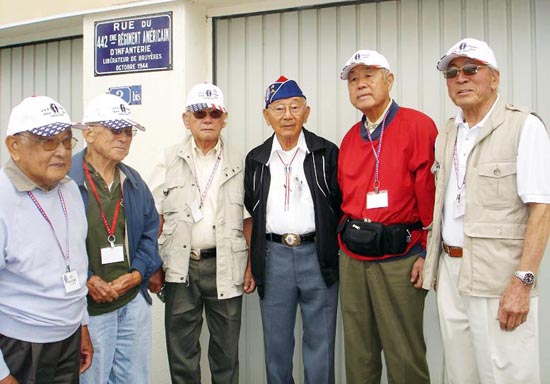 The footage is really good and the storyline is very well written. Junichi Suzuki, who released the Japanese internment camp documentary Toyo’s Camera last year, pieces together a narrative that displays these WWII vets as regular Joes who did extraordinary things. But the pain and memories they share on film is where the meat of the story is. In particular is the interview with George Kanatani who tells two harrowing and incredibly emotional stories of the brutal nature of warfare.

442 is certainly a must-watch for anybody of Japanese-American descent, simply to know about the heroic legacy of their forefathers. This film about a truly extraordinary group of men should not go ignored. Since this movie is playing in very limited release, I suggest checking out the very well-made official website for times and ticketing info.