We made it through the final month of the summer movie season. Check out all the films that were watched this month over on Letterboxd including Detective Pikachu, Batman: Hush, Dora the Explorer, and much more!

Seth Rogen is on quite a roll. In addition to the better-than-expected Long Shot, Rogen serves as a producer for this coming-of-age comedy that is both crude and oddly charming to watch. Vaulting to into the Top 10 for this year (for now), Good Boys takes us back to a time when our biggest worries were about not getting grounded and figuring out how to kiss. Of course, this is a Rogen-produced film so there will be drugs and dildos but they don’t detract from the overall story which is absolutely entertaining to watch. Also, Keith Williams Jr.’s shriek is one of my favorite things from this year’s movies. [Full Review on Letterboxd]

Its good to see Shia LaBeouf back on the big screen. I don’t mean that in a facetious way. Outside of blockbusters, he’s usually pretty good. The real star here though is Zach Gottsagen, as well as Thomas Haden Church and Dakota Johnson’s supporting performances. It was also nice to see wrestling icons Mick Foley and Jake “The Snake” Roberts cameo in the back half of the film. [Full Review on Letterboxd]

I missed the Bohemian Rhapsody bus (although I get to be bombarded with Queen songs on the radio now) but from what I hear, it doesn’t hold a candle to Rocketman. This makes sense. No disrespect to Queen (Fat Bottomed Girl always gets the volume going up) but Elton’s catalog of songs is vastly superior. Taron Egerton literally transforms into Elton as the film progresses. I had only seen him in the Kingsman movies leading up to this. By the time the credits start rolling, I had completely forgotten about Eggsy. [Full Review on Letterboxd] 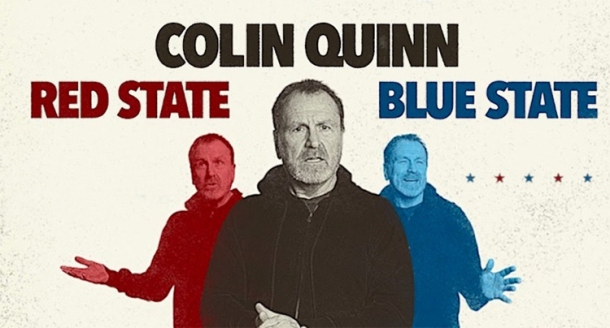 The great thing about this comedy is that it doesn’t choose sides. It simply stands back, examines the mentality of Democrats and Republicans and turns it into excellent introspective comedy. Regardless of where you fall in the political divide, it’s a fantastic watch. [Full Review on Letterboxd]

Knock Down the House

Over the past year, it feels like AOC has grown in to her own cult. This documentary does a great job of taking us all the way back to the beginning to when Cortez was still thinking about jumping in to the political fray and challenging a high-ranking incumbent. It is an underdog story with a very concise perspective. There are other women who run for office the same time that AOC does, but Cortez is the only one that makes it through. Whether you like AOC or not, that really isn’t the point here. If you have the deep conviction to take a stand against something, use it to help shape the world for the better. [Full Review on Letterboxd]

This is essentially a Netflix documentary promoting all the different anime shows available on the platform. Add to that a forced, irritating, and unnecessarily crude narration by Tania Nolan and you’ve got not only the worst film of August, but easily one of the worst films of the year. Enter the Anime is so bad that it beats out The Intruder, Otherhood, and The Red Sea Diving Project — all less than stellar feature films that premiered this year.

Check out all the movies that I watched in August over on Letterboxd including Detective Pikachu, Batman: Hush, Dora The Explorer, and much more!