Another San Diego Comic-Con has come and gone, leaving a trail of severely damaged checking accounts, sore bodies, and dead grass everywhere. So why do hundreds of thousands of people make the trek every year? As one Con-goer remarked, “It’s the Super Bowl of Comic-Cons.” If that’s the case, then entertainment companies certainly need to step up their game.

This year, when it came to movies in particular, we saw less footage and groundbreaking moments than we have in the past. That’s not to say that there weren’t memorable moments, but with Sony, Marvel, Disney, Universal, and Paramount all sitting out Hall H this year, the stage was set for WB (and their DC movies) as well as Fox (and their X-Men properties) to shine.

With the Con in the rear view mirror now, let’s nurse those Con blues and take a look back at the ten biggest moments from this year’s San Diego Comic-Con. 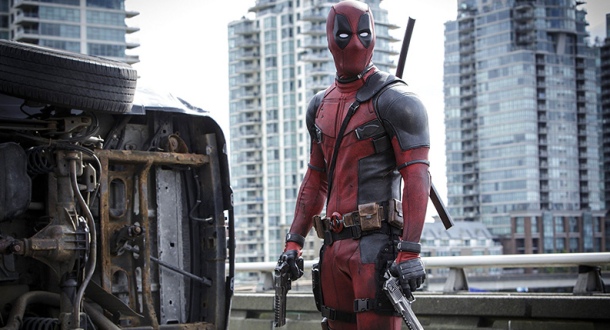 One movie that came in to the Con with the biggest buzz was Fox’s Deadpool and it seemed the highly anticipated movie’s fate was going to be decided in Hall H on Saturday afternoon. Good thing for Fox that the crowd ate it up. The footage, which later leaked online, is more to the style and tone of what many fans had hoped Deadpool would be like when he first appeared in Wolverine Origins. Snappy, bloody, and definitely R-rated, we’ll have to wait and see how the film does outside of the Con demo. There have been plenty of films that have screened trailers at SDCC only to go on and have mediocre results at the box office. The official trailer will be released in three weeks, hopefully with separate green and red band cuts.

Let’s be honest, Fantastic Four has never really had the groundswell of hype that most superhero movie get before debuting at the box office. Director Josh Trank’s behind the scenes exploits certainly don’t help matters. The straight-forward, canned panel interview (moderated by Chris “Look At Me” Hardwick) failed to impress, much like the new trailer that they released. At the moment, BoxOffice.com estimates the film to open at around $50 million, although that number might be a tad high. In addition to the boring panel and lackluster trailer, Fox buried this film right before Deadpool so that everyone in Hall H would forget FF was even there to being with.

Much like when Days of Future Past came to SDCC, almost the entire cast of X-Men: Apocalypse took to the stage (and left Hugh Jackman scrambling to find a seat). To that end, Jackman took to the stage after audition footage from the late-90s played and said that he would be playing Wolverine one last time. “Old man Logan,” he said, although that wasn’t necessarily confirmation that the story arc would follow the similarly titled comic series. Jackman did confirm what we’ve known all along, that James Mangold would be back to direct the movie. On the X-Men front, Oscar Isaacs, who plays Apocalypse in the film, looks fantastic and yes, Storm (finally) has her mohawk! We saw quick clips of various characters in the film including Nightcrawler and Cyclops (sans effects since the footage was still in its early stages). The capper, Magneto saying to Apocalypse, “Who the f__k are you?”

– Stan Lee Cameos in Hall H… but then a Gambit appears!

Toward the conclusion of the Fox Hall H panel, they decided to set a new record for the largest gathering of superheroes on the Hall H stage. (Look what you started Avengers!) In total, there were about 30 people on stage from Apocalypse, Deadpool, and Wolverine, but who was going to take the picture? Much like that subhead states, Stan “The Man” Lee came out on stage and says, “I tell you, this is ridiculous! I’m going to take a picture!” Stan lobbies the crowd to write to the Academy to nominate him fro Best Cameo and then… Channing Tatum comes out on stage in a Gambit shirt! 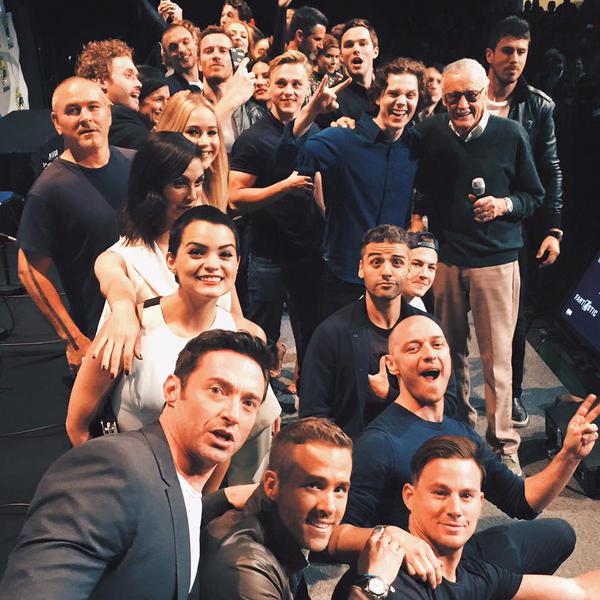 I’ll be the first to admit that I didn’t hold out too much hope for The Suicide Squad. Then director David Ayer, whose films I’ve enjoyed consistently came on board and that became a game changer for me. Sure the goofy looking Joker pic that flooded the internet earlier shook my confidence, but I can tell you that the trailer looks fantastic. (Watch it below) We get a lot of Margot Robbie as Harley Quinn (of course), a few lines from Will Smith as Deadshot both in and out of costume, and the footage is capped with Jared Leto’s Joker pull quote, “I’m not gonna kill you. I’m just going to hurt you, really, really bad.” Let’s see if the film can keep up the momentum as it heads toward its August 6, 2016 release. Perhaps we’ll get one more look at next year’s Comic-Con as well.

Zack Snyder cuts fantastic trailers. Filled with flashy effects, rousing soundtracks, and quick-cutting action scenes, they never fail to entice. The biggest issue I have with the new trailer is the almost random placement of Wonder Woman in it. We get an entire build up between Superman and Batman and then all of a sudden, Wonder Woman, before returning back to the title characters. There is no Aquaman, no (rumored) Robin, and only a hint at The Joker’s presence in the film. And Lex Luthor’s flowing long hair… let’s not go there. My expectations for this film remain very low following Man of Steel, but perhaps another trailer or two that actually makes sense might sway my decision. In the meanwhile, you can watch the new trailer here, courtesy of MTV.

In his Saturday panel that was focused on his upcoming release, The Hateful Eight, Tarantino let a little nugget slip that he is open to making a third Kill Bill film. “Never say never. Uma would really like to do it. We talk about it every once in a while. We’ve got to wait for Vernita’s daughter to grow up,” Tarantino said. For those who don’t know what he’s talking about (go watch the first movie) but here’s the clip (NSFW for language):

Josh Hutcherson might have just given away a big secret to Lionsgate’s plans when it comes to The Hunger Games franchise. During the panel moderated by Conan O’Brien, Hutcherson answered a question about prequels and sequels saying, “There is,” before quickly back tracking with, “I’m sorry. No, I can’t say that. I’m sorry. We’ll see what happens.” This prompted Conan to say that “was the worst lying he has ever seen,” as co-stars Jennifer Lawrence and Liam Hemsworth reached over to cover Hutcherson’s mouth.

– Nina will be back for more Scream 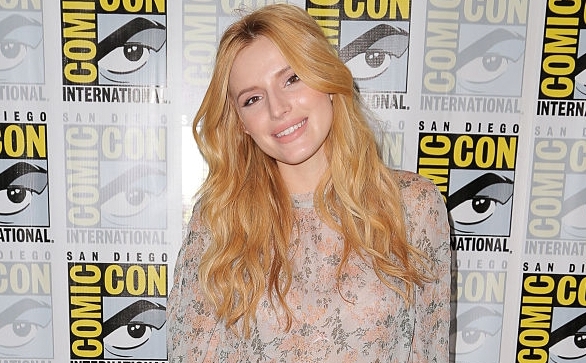 MTV’s TV adaptation of Scream may have just gotten started (and it’s a load of fun if you haven’t tuned in yet) but that didn’t stop the panel from dropping a bit of a spoiler. Bella Thorne revealed that her character Nina, despite being dispatched in the first episode, will be back in upcoming series and according to the actress be, “a lot more undead.”

So you’re Star Wars, a Disney property that is going to get a ton of attention (and possibly drop footage) at D23 Expo next month, yet you’re in the mecca of your core demographic. What do you do. How about take the entire Hall H crowd to a John Williams concert and give out free lightsabers? While LucasFilm provided some behind the scenes footage (below) and brought the core three of Mark Hamill, Carrie Fisher, and Harrison Ford on to the stage as well as the Force Awakens cast, the biggest surprise was when director J.J. Abrams invited the entire crowd to a free concert!

The concert was introduced by Williams himself who addressed the light saber wielding crowd with a video message.

I got all the way down to the end of this list and realized that I already had ten items and hadn’t worked in the new Arrow costume reveal from the CW TV panel on Saturday night. Since no one searches for “Top 11” items, I figured I’d just tack it on as a bonus item. So here it is, in all it’s shoulder padded glory:

You can watch full Arrow and DC Legends of Tomorrow panels at the end of that video.

What was your favorite moment of San Diego Comic-Con 2015? Comment below and be sure to follow on Instagram for more behind the scenes pictures from the big event!