With the on-going trend of turning beloved classics into live-action films, the latest to get the big screen re-telling is Disney’s Cinderella. Turns out her name was really just Ella.

Disney released the first trailer for the film which will be arriving in theaters in March. Lily James stars as the title character with Cate Blanchett seeming to at least steal the trailer as her stepmother. Helena Bonham Carter is almost unrecognizable as the Fairy Godmother and Marvel fans can rejoice at the brief appearance of Hayley Atwell as Cinderella’s mother in the film. Oh, and Prince Charming? He’s played by Richard Madden.

The effects look good and the film will very likely be a box office smash. Here then, is your first look at Cinderella in theaters March 13, 2015.

Disney also released the first poster for the film as well, which you can see below. 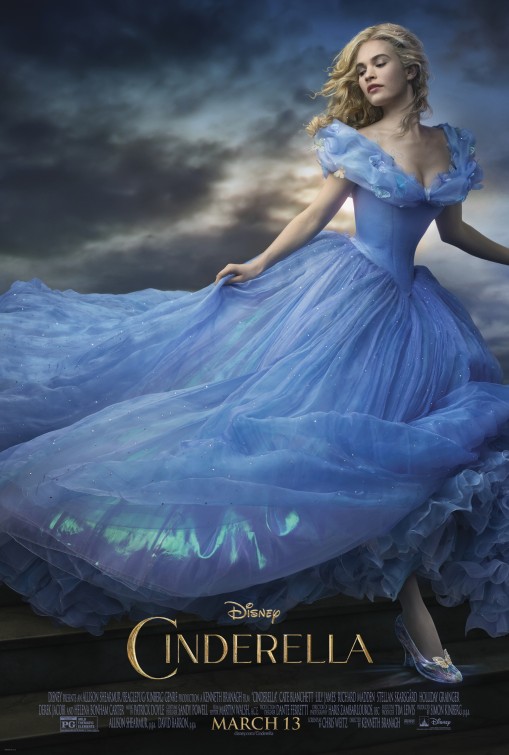