Mutants, apes and creamy grilled cheese sandwiches are a part of my favorite movies of summer 2014.

Mind you I write this recap before seeing Sin City: A Dame to Kill For opening this weekend. Before I get into my favorite films, here are a few I’m am waiting to stream/rent soon:  Get On Up,  Boyhood, How To Train Your Dragon 2, Think Like a Man Too and Snowpiercer.

Feel free to suggest other films I may have missed from the summer.

OK, let’s get into my five favorite movies of the summer.

X-Men: Days of Future Past

This is the only film from the summer that I saw twice. Admittedly, I got caught up in how unexpectedly fun this film was and the nostalgic joy of seeing the original cast mixed with the First Class crew. I’m a sucker for X-Men movies though, so this film had to be X3/Wolverine Origins level awful in order for me not to like it. FOX definitely put a ton of money and marketing behind this movie and it paid off. It’s a fun movie that I can’t wait to add to my collection and watch again.

A delightfully entertaining and delicious movie anchored by a fantastic performance by Jon Favreau and a supporting cast that includes John Leguizamo, Bobby Cannavale, Scarlett Johansson and a tasty grilled cheese sandwich. While watching all the food is fun, the performances by this cast and cameo appearances by Robert Downey Jr., Dustin Hoffman, Sofia Vergara and Oliver Platt (among others) make this a thoroughly entertaining movie to watch. Chef is returning to theaters to close out the summer and if you haven’t seen it, I highly recommend it. Then go eat something afterwards. 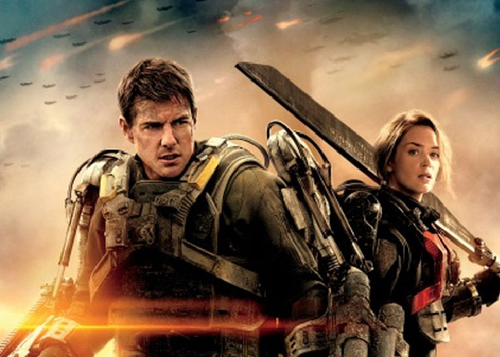 The Hollywood ending aside, this was the most visceral movie I watched this summer, and not just in a explosions and mayhem kind of way. Tom Cruise continues to be a solid global blockbuster movie star who pumps out one entertaining movie after another. Can’t wait for MI5!

Dawn of the Planet of the Apes

Probably the smartest blockbuster film that hit theaters this summer, Apes mixed the right amount of serious story-telling with fantastic action sequences. I’m curious to see where FOX and Matt Reeves take this franchise in the next installment, especially since we know how this franchise ends – as a planet full of apes.

Guardians of the Galaxy

The most fun I had at a movie theater this summer is courtesy of Marvel Studios. As the movie arm of the comic book giant continues to expand their “cinematic universe,” Guardians more than exceeded my expectations and cautious optimism. So how will the next Marvel movie, Avengers: Age of Ultron perform? I’m guessing it’ll make some money. Before that movie hits theaters though, we have Big Hero 6 in November.

With the good comes the bad, or shall we say, the disappointing. Here are five films I expected more from and left the theater underwhelmed.

Neighbors wasn’t necessarily “bad” or “disappointing” but one of those movies I expected more from. There were some legitimately funny parts to it, but the story progressed along way too slowly for my liking.

No other summer movie was more tedious and disappointing than Godzilla. Is it well-made? Yes. But the 90 minutes of exposition before we see the title character in all his destructive glory was a bit much to stomach. I had a feeling this might happen considering Gareth Edwards’ first movie, Monsters, which follows a similar story-telling pattern. Here’s hoping the sequel is more monster mayhem and less exposition.

The first film was a solid hit. I still watch it when I need a good laugh. I had high hopes going into this film that it would repeat that similar tone and level of hilarity. But when Schmidt banged his head on the beam in the opening scene of the film, it was apparent that we were going down the slapstick madcap road that the first film managed to avoid.  The self-effacing jabs at the franchise became irritating and the bad guys were the same sort (drug dealers) from the first film. 22 Jump Street had a few laughs buried within all of this and the end credits scene was fantastic, but by then I didn’t really care.

Whenever I go in to watch a Luc Besson movie, I lower my expectations way, way down. That Scarlett Johansson signed on to this movie as the title character, I figured it couldn’t be that bad. In concept, Lucy isn’t a bad movie, but the third act of the film plus the distracting inclusion of Morgan Freeman’s character completely drew me out of this movie. Thank goodness Scarlett’s next movie is the Avengers sequel.

A Most Wanted Man 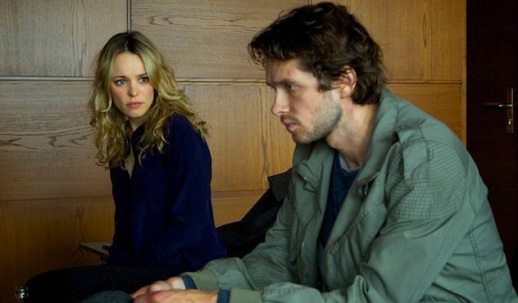 The only reason I went to watch this movie was because it starred Rachel McAdams. I have a streak of watching every single Rachel McAdams movie on opening weekend that I’ve strung together through the years that I was not willing to break. I mean, we’re talking a streak that is going on 12 years and counting. Recently, her movies haven’t been that great – To The Wonder and Passion tested my patience. Then, late last year, About Time came out and I thought finally she’d turned the corner. Nope. A Most Wanted Man is directed by the same guy who put audiences to sleep with the George Clooney flick The American. If you want to catch some late summer Z’s in an air conditioned theater, A Most Wanted Man is the film to watch. Oh, and don’t trust the trailer. The story doesn’t move that quickly. It’s what movie folk call “a slow burn thriller.” And that ending…. ugh.

So there are my favorites and not so favorites. I’ll be back in a few days with a look ahead to the fall as we switch from popcorn movies to more serious, Oscar-centric movies.