Fox’s reboot of The Fantastic Four continues to roll on.

According to Variety, a rewrite of the script has been completed and the studio will begin testing actors for the roles of Reed Richards (Mr. Fantastic) and Sue Storm (The Invisible Woman) by the end of the month. 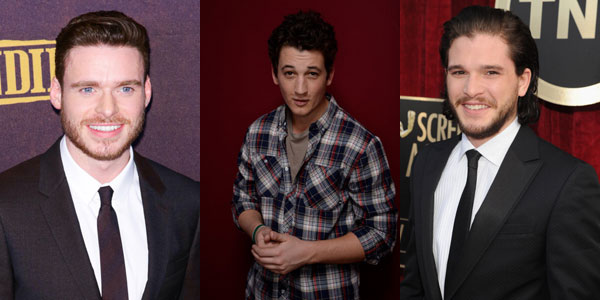 Meanwhile, House of Cards star Kate Mara (left) and The Host star Saoirse Ronan (right) are expected to test for the role of Sue Storm.

Ronan has been rumored for roles in other blockbuster fare from Marvel Studios and Disney’s new Star Wars sequels.

At the moment, I’d put Mara as the odds on favorite here as she rides the momentum of her Netflix series. Ronan’s schedule is a bit busy with a starring role in John Crowley’s romantic comedy-drama Brooklyn set to begin filming this year.

Fruitvale Station star Michael B. Jordan is currently attached to play Johnny Storm, but is also expected to test with the actors to see which group he has the best chemistry with.

Interestingly enough, Jordan and Teller co-star in That Awkward Moment, out later this year, so chances are they’ll reunite for this film.

There still is no word as to who might be up for the role of the fourth member of the team – Thing. Michael Chiklis portrayed the character in the first go-around and with the advancement in CG technology, it’s possible Fox may go the Mark Ruffalo/Hulk route with the character. Of course, that still leaves an actor left to be cast.

Fantastic Four is set to hit theaters June 19, 2015 and is directed by Chronicle’s Josh Trank. And yes, Michael B. Jordan starred in that movie as well.