Since we started seeing blockbuster movie after blockbuster movie nestle themselves into a 2015 release date, a lot of us have skipped over this year’s slate of movies in anticipation for the tentpole overload awaiting us next year.

I just put together an extensive photo gallery over on Fandango (I’ll link it when it goes live on Monday) that includes almost 100 wide release movies hitting theaters this year. The overwhelming themes include sports dramas, Biblical epics and movies starring Kevin Hart, Kevin Costner and Cameron Diaz.

After sifting through this year’s titles, I’ve filtered it down to the 40 movies I’m most anticipating this year. As with every year, there will be smaller indie flicks that work their way into my must-see radar,  but for now, here are the wide release films I’m looking forward to seeing:

Jack Ryan: Shadow Recruit – More than the actual movie, I’m curious to see if the move to dumping this movie in the January wasteland was just a result of Wolf of Wall Street being delayed or if it really is that bad. I can already guess that Keira Knightley will end up back stabbing Chris Pine at some point. The posters give that much away.

The Nut Job – Will Arnett has the perfect animated film voice. We’ll hear him again later in the year as Batman in The Lego Movie. What I’ve seen so far suggests this film looks like a fun romp. Of course, we haven’t heard anything from Katherine Heigl’s character in this movie, so that might end up being its downfall. Ugh, Katherine Heigl.

Ride Along – As I mentioned above, you’re going to be seeing a lot of Kevin Hart in the front half of the year. Teaming him up with Ice Cube provides a nice odd couple element and while somewhat predictable, the film looks like a fun ride, pardon the pun.

That Awkward Moment – This movie stars three actors who I think are the new generation of Hollywood superstar actors – Michael B. Jordan, Zac Efron and Miles Teller. That it’s a bawdy, raunchy comedy gives it a Bachelor Party type feel.

The Lego Movie – An hour and a half or so of Legos walking, talking and doing Lego stuff. Here, take my money. The only way this could be better is if I could play with the Legos myself.

The Grand Budapest Hotel – Wes Anderson’s latest film. That’s all that needs to be said. Next.

Need for Speed – Look, we’re not getting a Fast & Furious movie this year and if you’re looking for cars racing and crashing into things, this is the best 2014 has to offer. Just pretend it’s a spin-off of Breaking Bad and Aaron Paul needs to get his trunk of blue meth to wherever he’s going as quickly as possible.

Muppets Most Wanted – Muppets! The trailers haven’t blown me away yet, but I’m holding out hope that this will be somewhat entertaining. No Jason Segel or Amy Adams hurts though.

Stretch – I only include this because the premise that I read sounds intriguing. Granted this could easily spin out of control and become another Man on a Ledge. Here we have one of the most vanilla of actors in Patrick Wilson playing a chauffer who gets pulled into doing a job for a billionaire. It’s directed by Joe Caranahan, so you know there’s going to be a gritty, no-B.S. approach to the story and it co-stars Jessica Alba, Brooklyn Decker and a bunch of unknown actresses playing hookers. 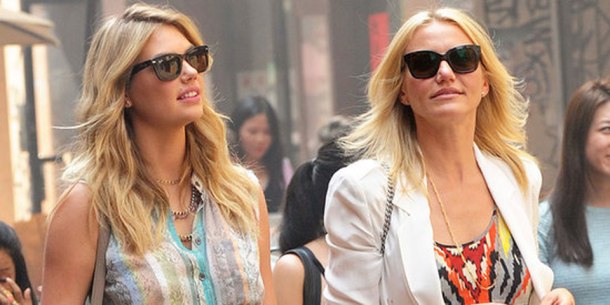 The Other Woman – If I’m going to watch a romantic comedy starring Cameron Diaz, it better have Kate Upton slo-mo jogging on the beach in a bikini. Otherwise, I’m gouging my eyes out. This movie feels like a Redbox rental, but we’ll see.

Captain America: Winter Soldier – I get the feeling Cap is going to get Smaug’d in this movie. There’s so many other characters that I wonder how much impact his character will have in this sequel. Not to mention he’s being teamed with Black Widow. That’s where my eyes will be. Sorry Cap. 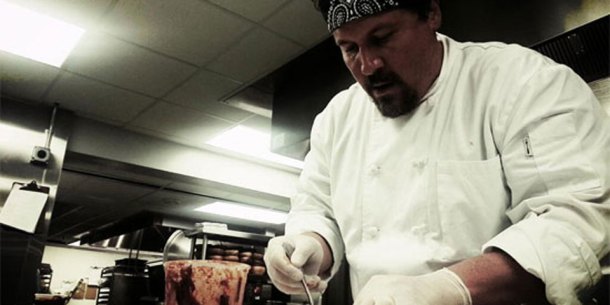 Godzilla – Gaerth Evans’ first film, Monsters was good, but also a bit slow in some parts. I’m hoping that isn’t the same case for Godzilla. Of all the footage I’ve seen so far, this movie looks fantastic. The airport showdown with a certain monster I won’t spoil here looked awesome at Comic Con last year. Fingers crossed on this one.

Neighbors – This has the makings of a summer movie hit. Seth Rogen and Zac Efron squaring off in a domestic war involving airbags, Robert DeNiro night and frat party hijinks sounds like the perfect raunchy summer comedy we’ve been waiting for a while now.

X-Men: Days of Future Past – Fanboy nit-picking aside, this will be one of the biggest superhero movie movie ever made and it being Fox/X-Men, Wolverine is at the center of the film, time-jumping between the original cast and the First Class crew. Cuz honestly, who the hell is Kitty Pride? 🙂

Maleficent – Angelina Jolie is one of the few actresses who I would love to see more of on the big screen. There’s been a painful absence of Ms. Jolie for some time now. Her playing a live-action Disneyvillain only sweetens the appeal of this movie.

A Million Ways to Die in the West – I’m getting serious Blazing Saddles vibes just thinking of this movie and Seth McFarlane is the perfect actor/director/writer to pull it off. Now, will this film be as good as Saddles? That’s a tall order that remains to be seen. But with a cast that includes Neil Patrick Harris, Charlize Theron and Amanda Seyfried, I’m hopeful.

22 Jump Street – Channing and Jonah back raising ruckus on a college campus. I just wish they weren’t busting up a drug ring again. That part feels so repetitive from the first, but I’m sure this film is just so off the charts wacky that I won’t really care.

How To Train Your Dragon 2 – Finally! Hiccup and Toothless are back! 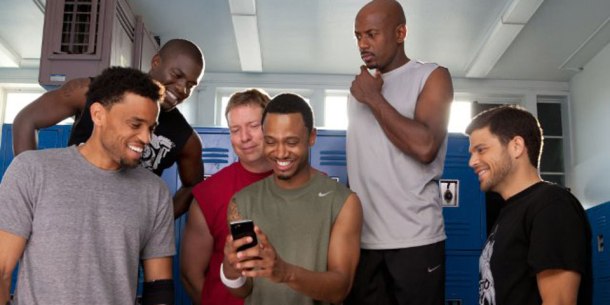 Think Like a Man Too – I was so surprised how much I enjoyed the first movie. I thought I was going to hate it. I’ve been looking forward to this sequel for quite some time and with the story moving to Vegas for a wedding, you can only imagine the misadventures that await.

Tammy – The only reason I add this movie to the list is because Susan Sarandon plays a potty-mouthed, hard-drinking grandmother. She’ll be bouncing her foul mouthed dialogue off of Melissa McCarthy. This movie marks the directorial debut of Ben Falcone aka Air Marshall Jon from Bridesmaids.

Dawn of the Planet of the Apes – No Freida in this sequel hurts, but the MoCap looks fantastic. We haven’t seen a full trailer yet, but regardless, I’ll probably end up watching Jason Clarke fend off a bunch of damn dirty apes.

Guardians of the Galaxy – My biggest concern with this movie is how tamed down will it be. Will we hear Rocket Raccoon’s catch phrase, “Blam! I just murdered you!” James Gunn is one of those directors that doesn’t shy away from the dark and weird in his movies. It’s an interesting addition to the Marvel Universe and one that will lead into the Avengers sequel.

Sin City: A Dame to Kill For – Been waiting a long while for this one and it looks like Robert Rodriguez and Frank Miller finally got their act together to bring us more angry rain. I mean, this sequel with more topless nudity and gratuitous violence. Who’s in this movie? Who cares? It’s going to look fantastic on the big screen.

Jane Got a Gun – Normally, Natalie Portman headlining a Western movie wouldn’t entice me to watch it. But the plot seems intriguingly dark and gritty – A woman asking her ex-lover for help in order to help save her outlaw husband from a gang of killers. Gavin O’Connor (Warriors, Pride and Glory) directs.

The Equalizer – Denzel Washington reteams with his Training Day director Antoine Fuqua for this action crime thriller based on the TV series. It’s also got Chloe Moretz and Melissa Leo in the supporting cast. I never watched the TV series, but Denzel is cred enough for me to give this movie a go.

The Raid: Bernadal – Like the first Raid, but outside, with a bigger budget and more mind-blowing fight scenes. Easily my most anticipated movie of 2014.

The Judge – The two Roberts in this film will probably be creating some awards buzz with this film, at least, I hope so. The plot sounds deliciously dark with Robert Downey Jr.’s lawyer returning to attend his mother’s funeral only to learn that his estranged father (Robert Duvall) is suspected of killing her.

Interstellar – I’m not one of those people who blindly trusts Christopher Nolan. The last Batman movie and particularly the producing gig he did on Man of Steel shook my confidence in him considerably. But Matthew McConaughey has been absolutely unstoppable in recent years and I’m curious to see how high will he soar, pardon the pun.

Dumb and Dumber Too – One of my favorite ’90s movies ever. So excited for this sequel!

Horrible Bosses 2 – A second dip into the well seemed unnecessary for this movie, but then they went ahead and added Chris Pine and Christoph Waltz as the bosses. Oh and Jennifer Aniston’s walking sexual harassment case of a dentist is back as well. 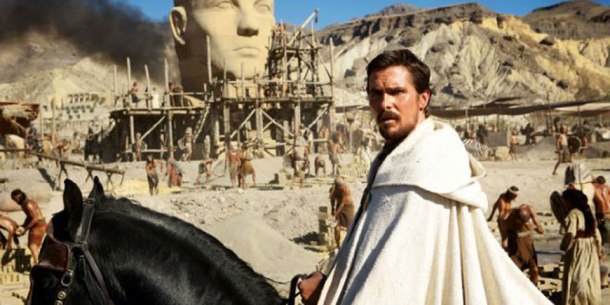 Exodus – Christian Bale as Moses. A young, dashingly handsome Moses at that. Charlton Heston, eat your heart out!

Night at the Museum 3 – I liked the first two Museum movies, even though that second one benefited from Amy Adams in tight pants for the majority of it. Hopefully this franchise follows the Die Hard effect and keeps going to bigger and bigger museums. And stops before they make an awful fifth movie.

The Hobbit: There and Back Again – Where could Peter Jackson possibly take this movie following the events of Smaug? Is it just going to be three hours of Appendicies? At least we get more Tauriel! 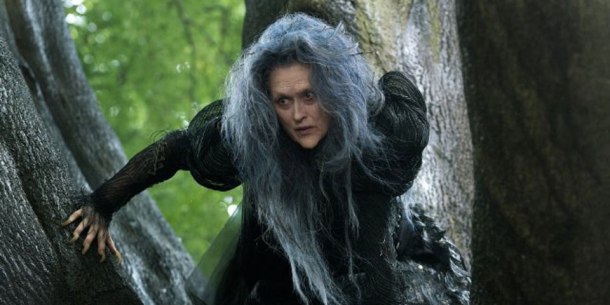 Into the Woods – Meryl Streep plays a wacky witch who decides to teach a bunch of A-list celebrities a lesson or two. These celebs are playing famous fairy tale characters like Cinderella (Anna Kendrick) and the wolf from Little Red Riding Hood (Johnny Depp). Looks positively batsh*t crazy.

Unbroken – The book is absolutely gripping and harrowing. I’m interested to see if Angelina Jolie can transform this book into the awards contender that it could so very easily be. And if you haven’t read the book, do so. It’s so good.