Are those your hands in your pocket or are you happy to see me?

Ah yes, the movie where I fell in love with Ellen Page. But I didn’t knock her up, honest. It was Scott Pilgrim‘s fault. Apparently video game rules don’t apply to pregnancy prevention.

Of course from here, I fell in love with her again in Smart People, then realized she was in X-Men: The Last Stand and my inner geek quivered (I hope that’s what that was) with joy. Then there was Whip It which, much like every Rachel McAdams rom-com I couldn’t stay away from. And then of course Inception. The trippy plotline, awesome soundtrack and Leo waxing philosophical were all bonuses. I’ll put it to you this way, all you have to do is put Ellen’s name in the cast list and I’m in, for better or worse. Same goes fro Ms. McAdams (the actress not my 7th grade English teacher). I used to be the same way with Keira Knightley, but then her movies became redundant. 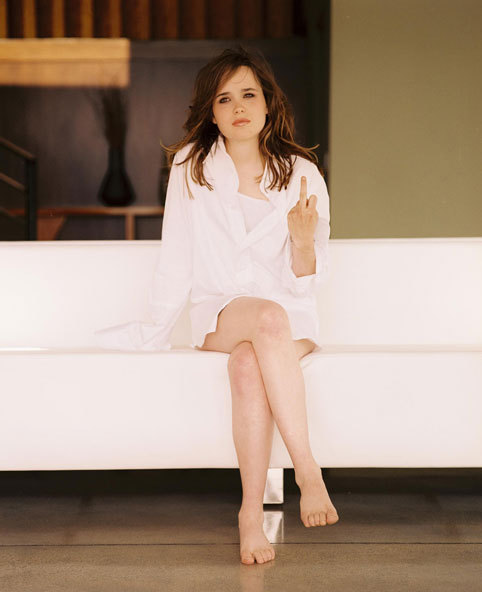 Annnnyway, back to Juno. A little fun fact to chew on here: This movie took $7.5 million to make. Sounds like a lot. Weellll, it grossed $143 freakin’ million at the box office! Of course positive word-of-mouth and a few Oscar noms here and there help.

The other thing about this movie is that whenever I watch it, I end up going on a bit of an orange Tic-Tac binge. (If you’ve seen the movie then you understand. I hope.) So with that in mind (and two movies left to go), I think I’ll go hit up Costco now. You know, for those 48-packs of Orange Tic-Tacs. Curses, why must I be so gullible to movie marketing!