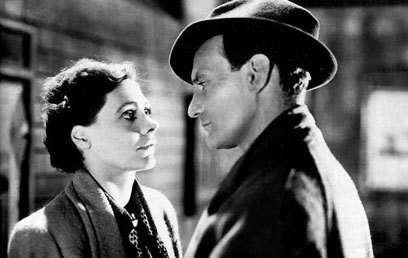 Now the doctor is actually a decent guy outside of the fact that he’s “fallen in love” with this suburban housewife. He even believes that every doctor should practice their profession with a passion. Hot damn! Thing is, everything is so damn prim and proper, even the dialogue is filled with multi-syllabic words and terminology that haven’t been used since we invaded Vietnam. (Which makes since I suppose since this is a WWII era movie).

I did like the quick fake trailer for “Flames of Passion” that gets screened when the illicit couple goes “to the pictures” one afternoon. It reminded me of the fake trailers in the Grindhouse double feature. Speaking of which, everybody see the gore-tastic Machete?

I think the biggest problem I had with this movie is that I knew from the very beginning that it wasn’t going to go anywhere. We were just going to end up right back where we started. It wasn’t the tone or the opening shot that gave it away. Rather, the Netflix envelope that the DVD came in says that “Every Thursday, the two meet in a small café at a train station to play out their doomed romance.” Greeeeeat.

Keep in mind this movie was directed by David Lean (you know, the guy who directed the epic Lawrence of Arabia) and was adapted from a Noel Coward play. (I hope the play was more enthralling that this movie) Lean endeavored to explore the thrill and pain of illicit romance in 1945 Britain but all this movie ended up doing was annoying the hell outta me. I have high hopes for tomorrow’s My Darling Clementine though. Henry Fonda + John Ford. Can’t wait!