It’s been a big day for Keanu Reeves.

First off, we got word filming for John Wick: Chapter 3 has begun.

Danish cinematographer Dan Laustsen (who was nominated earlier this year for his camera work on Guillermo del Toro’s The Shape of Water) posted a first look behind the scenes pic on his Instagram this morning. 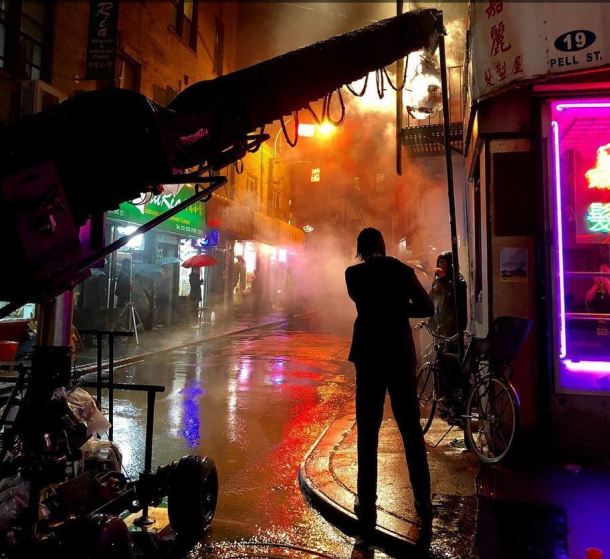 We also got a more in-depth synopsis for Chapter 3. Much like the first sequel, John Wick: Chapter 3 will pick up on events that fall out of Chapter 2. The official updated synopsis reads as follows:

John Wick (Keanu Reeves) is on the run for two reasons… he’s being hunted for a global $14 million dollar open contract on his life, and for breaking a central rule: taking a life on Continental Hotel grounds. The victim was a member of the High Table who ordered the open contract. John should have already been executed, except the Continental’s manager, Winston, has given him a one-hour grace period before he’s ‘Excommunicado’ – membership revoked, banned from all services and cut off from other members. John uses the service industry to stay alive as he fights and kills his way out of New York City.

John Wick: Chapter 3 will arrive in theaters May 17, 2019, a week before Disney’s live-action Aladdin and Warner Bros. Minecraft movies duke it out at the box office.

While kicking off the latest chapter in the John Wick franchise is exciting enough, it was also announced that the (very) long-awaited return of Bill and Ted was official. 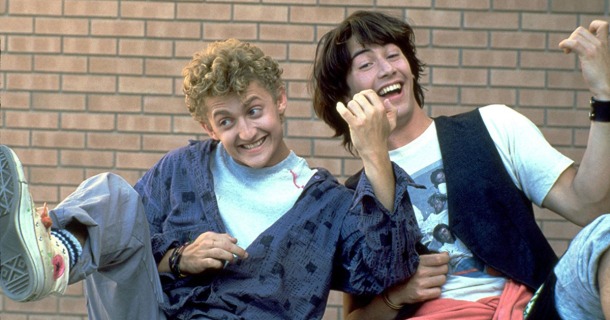 It’s been 27 years since we last saw Alex Winter and Reeves as the most excellent title characters, but the long-planned three-quel is officially a go with Bloom Media handling international sales and MGM taking care of distribution under their Orion Pictures banner.

Bill and Ted Face the Music was written by the franchise creators Chris Matheson (Imagine That) and Ed Solomon (Men in Black), with Dean Parisot (Galaxy Quest) confirmed to direct.

While there is no release date yet, this is a giant step for a sequel that has long been rumored but only ended up fizzling out.