Two blockbuster action flicks will do battle at the box office in March, but before their release, both Tomb Raider and Pacific Rim: Uprising are dropping dueling trailers.

Lara Croft, the fiercely independent daughter of a missing adventurer, must push herself beyond her limits when she finds herself on the island where her father disappeared. 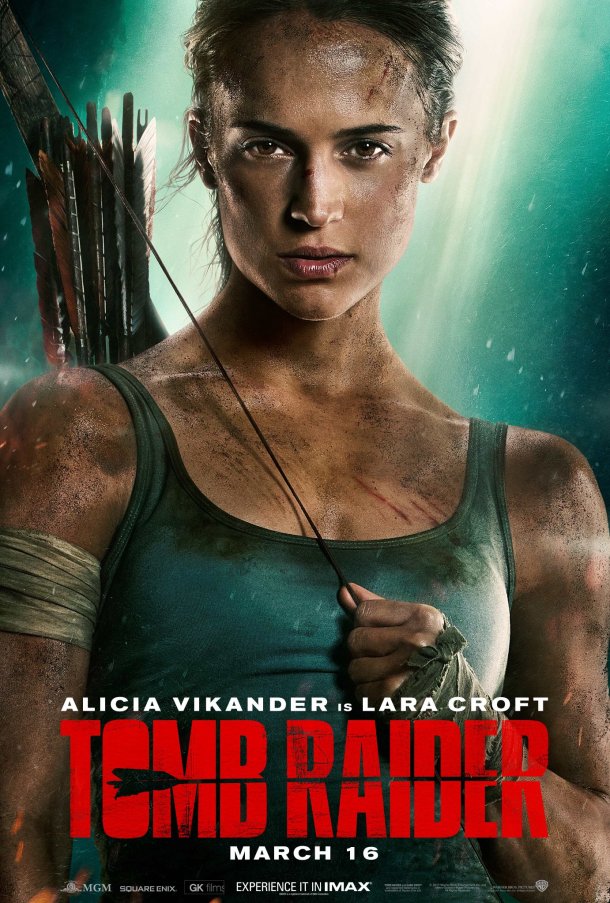 The reboot is scripted by Geneva Robertson-Dworet (who will also write Marvel’s 2019 release Captain Marvel) and Alastair Siddons who wrote the Zurich Film Festival award winner Trespass Against Us in 2016.

Tomb Raider is currently trending at a $22 million domestic opening according to BoxOffice.com‘s long range projections.

Meanwhile, the long road to the sequel to 2013 niche hit Pacific Rim continues to move closer to its release.

Universal released a new trailer for the film today.

The current synopsis for Pacific Rim: Uprising goes as follows:

Jake Pentecost, son of Stacker Pentecost, reunites with Mako Mori to lead a new generation of Jaeger pilots, including rival Lambert and 15-year-old hacker Amara, against a new Kaiju threat.

Currently there isn’t any opening day projection for Pacific Rim Uprising, but the first film opened to just over $37 million domestically and finished with $101 million in the U.S. and $411 million worldwide.

Tomb Raider is in theaters March 16 while Pacific Rim: Uprising comes crashing in the following weekend on March 23.