The first trailer for Lionsgate’s Criminal has been released and stars Kevin Costner as a dangerous, unpredictable criminal who has the memories, secrets, and skills of a CIA operative implanted within him in a last-ditch effort to try to stop a diabolical plan from taking place.

While the trailer pretty much tells you the entire movie in a couple of minutes, the cast is fantastic. In addition to Costner, the film also stars Gary Oldman, Ryan Reynolds, Tommy Lee Jones, and 2016’s breakout star, Gal Gadot.

Criminal is due in theaters April 15. Check out the new posters below. 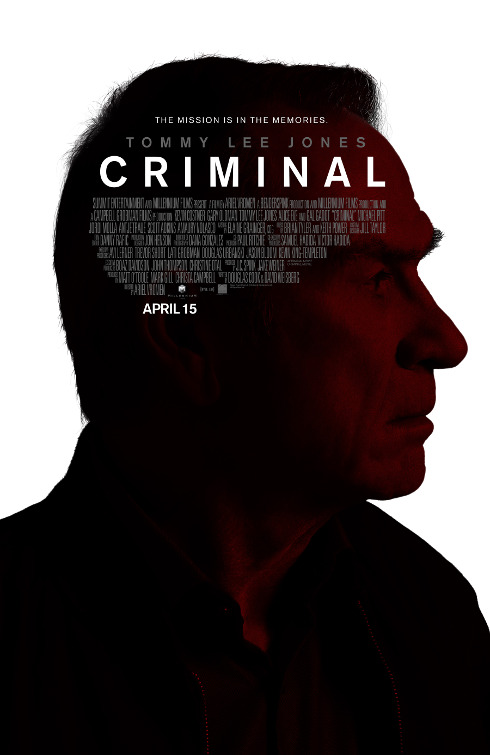