Taken 3 will arrive in theaters January 9, 2015. The third film will welcome back leading man Liam Neeson (thanks to a reported $20 million paycheck) as well as franchise stars Maggie Grace and Famke Janssen. Olivier Megaton, who directed Taken 2 (as well as Transporter 3 and Colombiana) will return as director.

James Mangold’s darker, grittier approach to the Wolverine character helped secure a sequel (as if Fox was going to pass up on milking the Wolverine brand). The untitled Wolverine sequel will arrive in theaters March 3, 2017. The film could possibly mark the last time Hugh Jackman appears as the iconic Marvel character.

Then again, he could also appear in a mystery Marvel movie which Fox has dated for a July 13, 2018 release. The prime summer release date suggests this is could be the X-Force or X-Men: Apocalypse movie that the studio is prepping. 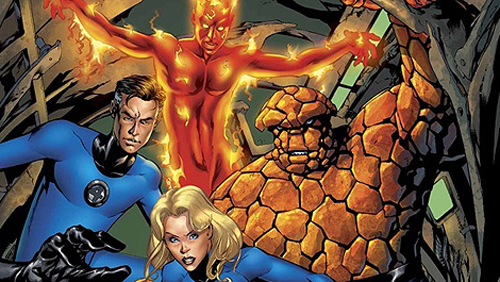 We know for sure it won’t be the sequel to The Fantastic Four reboot. The franchise reboot is being directed by Chronicle’s Josh Trank and stars Miles Teller, Kate Mara, Jamie Bell and Michel B. Jordan. The first film is slated for a June 19, 2015 release. The sequel will arrive July 14, 2017. If there is any margin of success, the studio would likely finish off a trilogy in summer 2019, though that date hasn’t been established yet.

Sticking with the comic book movie adaptations, the studio has moved The Secret Service up from March 6, 2015 to October 24, 2014. The adaptation of the Mark Millar comic stars Colin Firth in the lead role. The comic series featured a number of celebrities being kidnapped and thus far a number of stars are rumored to be appearing in the film. Lady Gaga, Elton John, Taylor Swift, Adele, David Beckham and Michael Caine are among the rumored stars.

It’s not all comic book movies at the studio though. Frankenstein will be resurrected in 2015. The studio shuffled the release date from a dubious January 16, 2015 release to a more appropriate October 2, 2015 date. James McAvoy plays the title character with Daniel Radcliffe as Igor.

Finally, a couple of projects from high profile personalities were tagged with release dates. An Untitled Ridley Scott Project has been slated for March 4, 2016 (Prometheus sequel?) while an Untitled Vince Vaughn Movie was bumped back to March 6, 2015. The Vaughn project stars Dave Franco, Sienna Miller, Tom Wilkinson and Vaughn.

Which movies are you looking forward to seeing? I’m super curious to see how Secret Service gets adapted and where Mangold goes with Wolverine after the last movie. Taken remains a guilty, turn-off-the-brain pleasure and of course, what could that mystery Marvel movie be? I know more than a few of you are hoping it’s a Deadpool movie.
Follow @DerrickDeane

One thought on “Fox Dates ‘Wolverine’ Sequel, ‘Taken 3’ and 6 Other Upcoming Movies”