Love it or hate it, Fast and the Furious star Gal Gadot is going to be playing Wonder Woman in Zack Snyder’s Batman/Superman movie (and perhaps two more films). Yesterday, Gadot took to her Facebook page in an attempt to silence her critics who have been saying she’s not “muscly” enough to play Diana Prince.

Though her post doesn’t specifically call out her prepping for her upcoming superheroine role, it was certainly taken in that context. Her exact words – “There’s nothing like a good workout in the morning… Love it! You?” 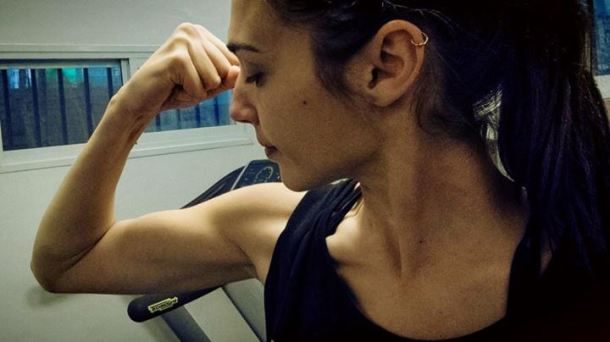 So I’ll pose that question to you. Do you love Gadot’s evolving muscular physique?

Batman/Superman is slated to arrive in theaters May 6, 2016.