Though nearly three years have passed since the last Harry Potter movie arrived in theaters, author J.K. Rowling is gearing up for a new film with Warner Bros. titled Fantastic Beasts, a spin-off from the Harry Potter world based on a fictional author in the series.

Hermione aka Emma Watson interviewed Rowling for the February/March issue of Wonderland magazine. The conversation covers topics including Fantastic Beasts, an upcoming Harry Potter musical and Rowling commenting on the on-going ‘shipping debate of Ron/Hermione versus Harry/Hermoine.

Here are a few excerpts from the interview, which you can read in full over on Mugglenet. 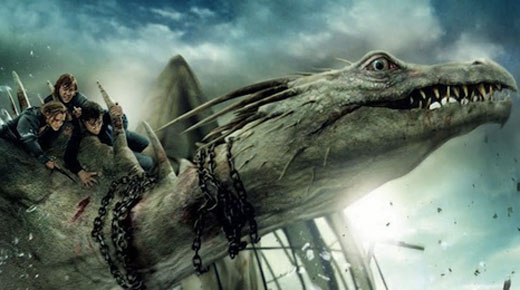 Emma Watson: I wanted to ask you about the script you are writing for Warner Bros. for Fantastic Beasts…

J.K. Rowling: Warner Bros. came to me ages ago and said they wanted to do something with Fantastic Beasts. I could see potential in it. I knew something about Newt [Scamander, the fictional author of Fantastic Beasts] having written a little something for Comic Relief. I had this simultaneous feeling of “it has a lot of potential,” and another feeling of slight panic. Then I really did have one of those moments where I thought, “Oh my God, the whole plot’s descended on me!” I sat down a wrote a rough draft in twelve days. 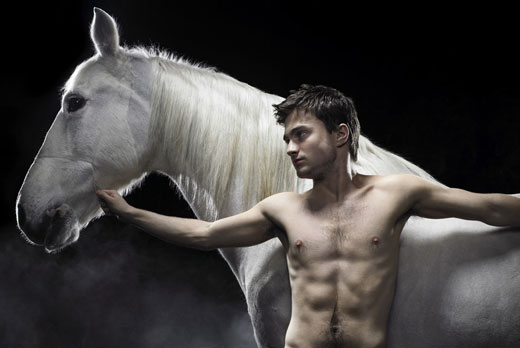 EW: You announced that you’re collaborating on a theater production.

JKR: Yes that was a really interesting idea that Sonia Friedman came up with. I’ve been so resistant for a long time about theatre productions. Quite a few people wanted to do a Harry Potter musical. I didn’t really see Harry as a musical so we said no to all of that, but Sonia came along with a very thoughtful, very interesting idea. I’m quite excited about that.

EW: Will Hermione be in it?!

JKR: Well Emma if you are offering to play Hermione… [both laugh] I tell you what I really want. I want you and Dan and Rupert in really heavy make-up in the background of a scene in Fantastic Beasts, and I’ll join you and we’ll sit in a bar room having a laugh for an afternoon. Do you not think that would be fantastic? And we can mess around as extras in the background. And then we can see if anyone can spot us. I personally would like to be in drag, just to make sure no one can spot me at all. 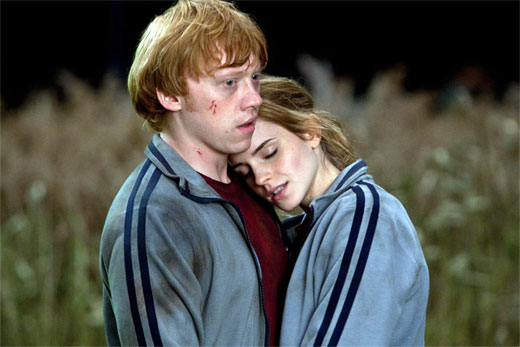 EW: We should discuss Hermione. Do you have a new perspective on how you relate to Hermione and the relationship you have with her?

JKR: What I will say is that I wrote the Hermione/Ron relationship as a form of wish fulfillment. That’s how it was conceived, really. For reasons that have very little to do with literature and far more to do with me clinging to the plot as I first imagined it, Hermione with Ron. 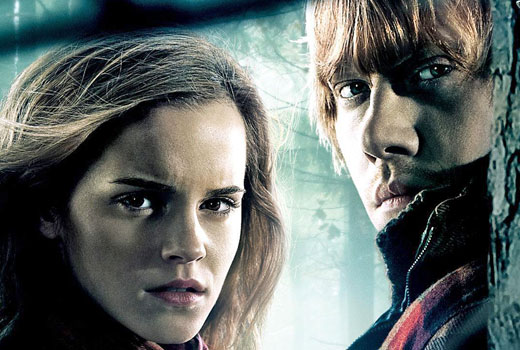 EW: I think there are fans out there who… wonder whether Ron would have really been able to make her happy.

JKR: I think the attraction itself is plausible but the combative side of it… I’m not sure you could have got over that in an adult relationship, there was too much fundamental incompatibility. I can’t believe we are saying all of this – this is Potter heresy! In some ways Hermione and Harry are a better fit and I’ll tell you something very strange. When I wrote [Deathly] Hallows, I felt this quite strongly when I had Hermione and Harry together in the tent! I hadn’t told screenwriter [Steve] Kloves that and when he wrote the script he felt exactly the same thing at exactly the same point… And actually I liked that scene in the film, because it was articulating something I hadn’t said but I had felt. I really liked it and I thought that it was right. I think you do feel the ghost of what could have been in that scene.