By all accounts, unless you’re a fan of Rachel McAdams, Phillip Seymour Hoffman, Willem Dafoe or Robin Wright, chances are the spy thriller A Most Wanted Man isn’t on your radar.

Today Roadside Attractions reveals the debut clip from the upcoming film directed by Anton Corbijn. That name might not jump off the screen right away, but for those who slogged their way through the George Clooney flick The American, you know what you’re in for here.

Take a look at the first clip from the film:

So what is this movie about? Here’s the official synopsis:

In A MOST WANTED MAN, a rogue German counter-terrorism expert, Gunter Bachmann (Academy Award-winner Philip Seymour Hoffman), interrogates human rights lawyer Annabel Richter (Rachel McAdams) on the whereabouts of her half-Chechen, half-Russian immigrant client, who may or may not be part a militant jihadist group in post-9/11 Hamburg.

In addition to this first glimpse, we have four new pictures from the film featuring the principle actors engaging in some form of intrigue. 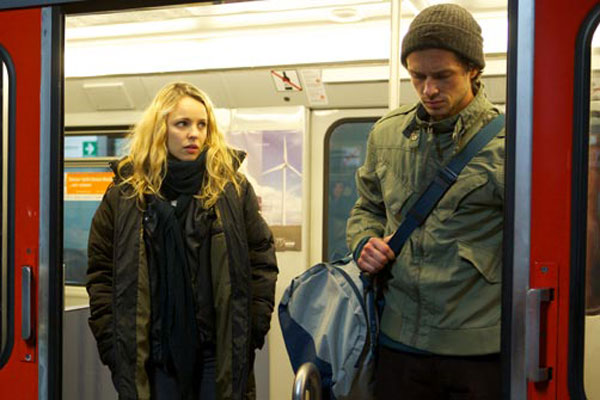 The film premiered at the Sundance Film Festival over the weekend and thus far has earned rave reviews. Will you see A Most Wanted Man when it hits theaters later this year?