Normally, I would have updated this blog on a weekly basis but due to a family emergency and the resulting fallout from that, I had to push back publishing another post for a few weeks. I’m finally ready to get back into the swing of things here, so let’s recap a bunch of movies that I’ve watched over the past three weeks.

You may recall in my Top 10 Movies of 2010 list that I posted a video (that NBC Universal has since blocked) of the ridiculously cute and am-aaaaazing Ellen Wong talking about a little Muay Thai movie called Chocolate. This is not to be confused with Chocolat or Monster’s Ball which was renamed Chocolate for Japanese theaters (I’m wagering Halle Berry’s presence has something to do with that.) 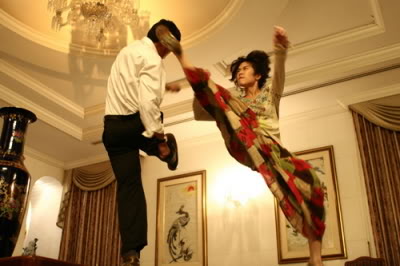 Why you shouldn't mess with a young girl who's obsessed with Muay Thai.

Annnnyway, Chocolate tells the story of a special needs girl who lives with her mother and a pudgy kid who acts like her brother. When the mother is hospitalized for cancer treatments, the girl and pudgy boy realize that she needs money. Watching Tony Jaa whoop ass in Ong Bak, the girl has a memory akin to Keanu Reeves as Neo in The Matrix. She and pudgy boy set out to collect money that is owed to the mother from underground bad guys. The meat market fight sequence is spectacular but it doesn’t match the craziness of the final battle sequence featuring stunt guys falling three stories onto solid concrete (and yes, they show so much injured stunt people footage during the credits, it makes a Jackie Chan credit sequence look like a vacation). And just for the hell of it, here’s another video. (You can thank MTV for inspiring the annoying camera work)

How To Train Your Dragon

For the longest time, I didn’t have any interest in seeing this movie. I kept hearing about how great it was but not until one night when I suddenly became an eight-year-old again did I finally check it. I must say that there’s a lot of humor and heart in this movie. The action sequences are well-constructed and while the story of the father and son who have different dreams seems a bit been-there-done-that, overall, the movie works.

Another movie that I had heard about when it first came out but never really had much interest in. After watching Dragon, I figured what the hell, might as well give it a shot. Frankly, I enjoyed this movie way more than Dragon (and not because Reese Witherspoon keeps saying my name). The monsters are hilarious and the story flows beautifully. I’m glad they didn’t Disney-fy the ending either. 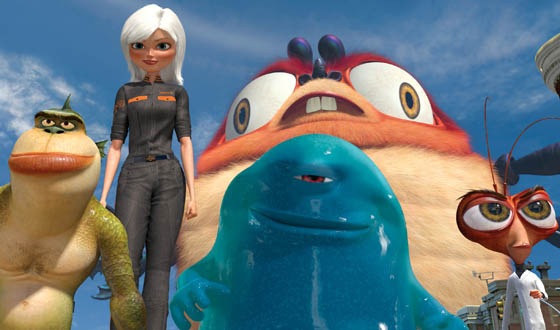 Not your average everyday superheroes.

In preparation for Ip Man 2 hitting theaters next weekend, I checked out Donnie Yen’s martial arts epic, because, well, it’s Donnie Yen kicking butt. His punch speed in this movie is CRAZY! I don’t think I’ve ever seen anybody punch as fast as he does in this movie and that’s saying something considering the volume of martial arts movies I’ve watched over the years.

The dramatic parts of the movie do start to drag a bit, but there’s plenty of action throughout to keep any martial arts or for that matter, movie fan interested. The only quip I have with this movie is that the final fight was so short. Usually in martial arts movie, there’s a steady build-up with each fight becoming more intricate and tedious. Not the case with this movie, although I hope that’s because they’re saving it part two.

Another movie from my 2010 Top Ten list, I decided to re-watch this movie. Frankly, the second time around is just as good, if not better than the first. The first time, there were parts that seemed to drag until the conclusion when suddenly everything comes together. This time around, knowing everything that’s going to happen, I was able to sit back and watch as Roman Polanski slowly weaves an intricate thriller together. The only problem I have with this movie is Ewan McGregor. Watching Moulin Rouge a bajillion times when it came out has sort of mentally type-casted him in my mind. I except him to burst out in a musical number whenever I see him on screen now.

My love for Ellen Page outweighs my disdain for Drew Barrymore. That is the only reason I bothered watching this movie. It’s not the best movie on Ellen’s resume (in fact, it probably ranks somewhere toward the bottom) but it’s not her fault. Though I’m extremely biased, I think she does a great job. The problem is the story, which seems to run out of steam after about a half hour or so and slowly limps along to a very ho-hum finale. And Jimmy Fallon is extremely annoying as the roller derby announcer/play-by-play guy. If you wanna see a better Ellen Page movie, check out Juno, Smart People or Hard Candy. And for the love of all that’s Holy, stop encouraging Drew Barrymore. 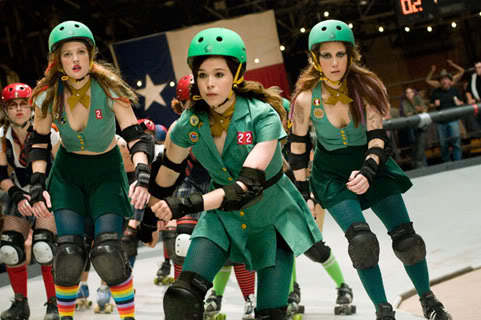 The trailer for this movie does not do it justice. It makes it seem like a campy heist movie when in fact, despite a few minor plot flaws, it’s quite a well-paced thriller. Matt Dillon and Laurence Fishburne are pitch perfect as the leaders of a group of armored truck drivers looking to steal $42 million in cash. But Columbus Short ain’t having none of that nonsense, well, not after a homeless guy who spots the group stashing the cash gets blown away by Morpheus, and decides to lock himself inside one of the armored trucks and wreak havoc on the rest of the group.

So that’s that for this installment.