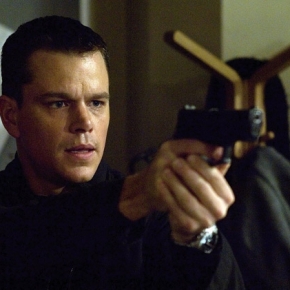 Jason Bourne is back! Deadline reports that Universal Pictures has had a surprise change of plans with their Bourne franchise and is currently negotiating with Damon and director Paul Greengrass to re-team for another film. Greengrass directed Damon in The Bourne Supremacy and The Bourne Ultimatum. Universal has also tagged July 16, 2016 as the … END_OF_DOCUMENT_TOKEN_TO_BE_REPLACED

What are you most looking forward to over the next three months? Jump over to the Fall Movie gallery where I highlight the 40 Biggest Movies opening this Fall! Oh, and my answer: Gravity. END_OF_DOCUMENT_TOKEN_TO_BE_REPLACED

San Diego Comic-Con is a few short weeks away and it’s time once again to play the guessing game as to which movies will be making an appearance in Hall H this year. We can probably expect another day dominated by television shows Game of Thrones, The Walking Dead and The Big Bang Theory. All … END_OF_DOCUMENT_TOKEN_TO_BE_REPLACED