For a while there, it looked like the James Bond franchise would need to land a new director before it moved on to the next chapter of 007’s story. Fortunately for the franchise, Skyfall director Sam Mendes decided to return to direct the upcoming film Spectre and in the latest video blog from the franchise, he talks about why he returned.

“The reasons I’m doing a second Bond movie are reasons I would do any movie, which are to do with the story,” Mendes says in the 90 second video blog. “What you have in this movie, Spectre, is a movie entirely driven by Bond.” 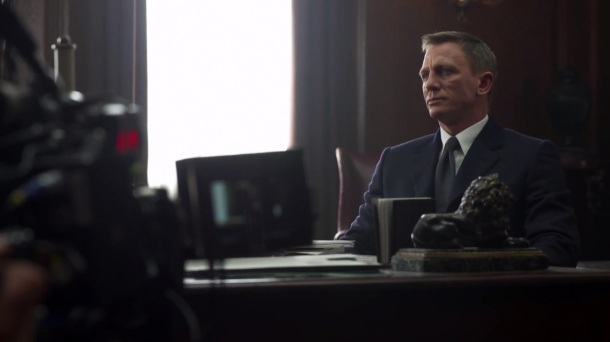 We also get some behind the scenes looks at the cast in this very brief video.

Mendes also talks about the new cast additions he debuted in Skyfall with Ralph Fiennes as M, Naomie Harris as Moneypenny and Ben Whishaw as Q and says that he tell the next stage of their stories as well.

Spectre will arrive in theaters November 6, 2015.