A new year is right around the corner and as amazing and wonderful as the slate of films in 2012 was, it’s time to turn our attention to what 2013 has to offer.

With the exception of a few titles here and there, this list will most likely mimic many of the most anticipated movies that are arriving in theaters in 2013. Like I did for 2012, I will rank every movie that I see, including all the titles below.

Of all the 2012 movies that were released, I will end up watching 125 films (making me strongly consider the 365 Film Challenge), though that’s a whole different story.

Let’s start with the honorable mentions. These are films that I’m looking forward to, but they don’t necessarily make the Top 10 cut.

This film was certainly on my list of anticipated movies for 2012, before it got bumped into 2013 due to the Aurora theater shooting. It’s got a great ensemble cast, Emma Stone, some promising action, Emma Stone, a dark, grimy, gritty feel and Emma Stone.

This pretty much demonstrates how far the Die Hard franchise has fallen. I’m still a fan, but I don’t have much faith in this fifth installment. It feels like this franchise jumped the shark a long time ago.

Oz: The Great and Powerful (March 8)

This is either going to be good or really bad. There’s no middle ground here. We’ve seen the eye-candy trailers with all the pretty CGI and Michelle Williams looks ethereal as Glinda. There’s even a Bruce Campbell cameo, but this movie comes down to the performance of James Franco.

I stay for Bruce and The Rock, but I come for Adrianne Palicki and Elodie Yung. Yes, I intentionally flipped that saying around in the interest of juvenile dirty humor. I’m not expecting much from this movie. If it entertains and has some good action, I’ll be content.

While the whole 3D re-release gimmick may be getting a bit old, I’m all for re-visiting this classic in the third dimension.

This is the Jackie Robinson biopic that, if released in the second half of the year, could possibly contend for awards. Which make me wonder why it’s being released in April… surely more than just to coincide with the beginning of the baseball season.

Yes, I’m putting a Michael Bay movie in this list. Why? Because it’s not the cacophonous CGI mess that is otherwise known as the Transformers franchise. This movie reminds me of Bad Boys – two lead actors with great chemistry getting into all sorts of trouble. Here’s hoping Bay delivers.

Kuroyuri Danchi (The Complex) (May TBD)

From the director of J-horror hits like Ringu, Dark Water and Death Note: L Change the World comes this film about a young girl who moves into an apartment complex where mysterious murders have been occurring for the past 13 years. The only thing holding me back (and at the same time propelling me forward) in watching this movie is Atsuko Maeda in the lead role. Granted her horror acting is pretty unremarkable, but perhaps a veteran director like Nakata can coax some sort of inspired performance out of her.

Star Trek into Darkness (May 17)

I’m the furthest thing from a Trekkie, yet I’m really amped to see this movie. A pat on the back to J.J. Abrams and his marketing crew for getting me hyped. Now, if the film doesn’t deliver, I’ll know who to blame.

The fifth movie in the franchise injected some much needed energy. Now let’s see where things go in Fast Six and next year’s Fast Seven. The addition of Ms. Gina Carano certainly doesn’t hurt.

Ah, Owen Wilson and Vince Vaughn together again. It’s like peanut butter being reunited with jelly. Add in a supporting cast featuring Will Ferrell, John Goodman and Rose Byrne to name a few and I’m ready to plant my butt in a theater seat.

Pixar’s entry into the 2013 animated movie category is this prequel to their 2001 hit Monsters, Inc. Putting Cars 2 and, to a lesser extent Brave behind me, let’s see if Pixar can recaptures the magic that made them a leading force in the field of animated feature films.

When I watched this movie the first time, I laughed so much at the minions. When I watched it a second time, I didn’t laugh as much (if at all). Which makes me wonder, will this second trip down Minion Lane be as entertaining as the first? The trailers, promos, etc. are going to be entertaining for sure, but will the film deliver?

Everything I’ve seen from this movie has been rather underwhelming. But I’m holding out hope that this battle of giant robots and monsters has a decent story tied to the overwhelming CGI that will hit the screen during the late summer months.

This movie lands in the honorable mention area simply because we haven’t seen anything from it yet. No trailers, clips, teasers, pics, etc. But it stars Jeff Bridges and, to a lesser degree of enthusiasm, Ryan Reynolds, so that’s enough to keep me interested until some footage lands online. 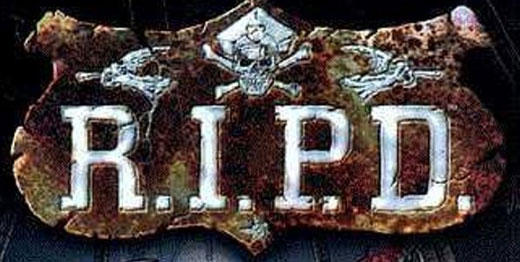 The first movie was certainly a surprise hit. This second movie has the potential to be something really good, kind of like how Expendables 2 built upon the foundation that the first movie laid.

This is a spin-off of the Cars franchise that was originally set to go direct-to-DVD. I only put it in here as, again, it comes from Pixar and that alone gives it some cred. That cred (and this movie) can easily be dismissed if future trailers and clips don’t live up to my curiosity. 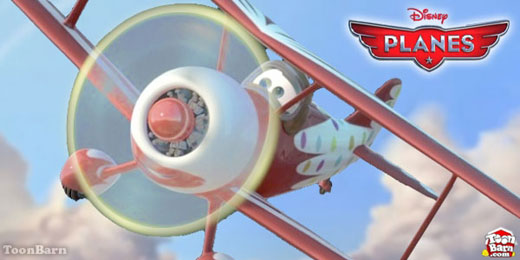 Two words as to why I want to see 2 Guns. Denzel Washington. Here’s two more. Paula Patton. Add on Mark Wahlberg, James Marsden and Edward James Olmos and this could be an interesting late summer crime drama. 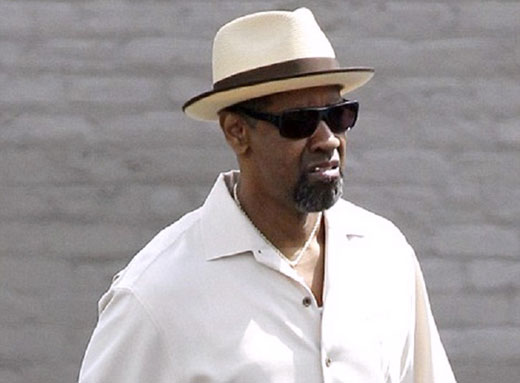 Tom Hanks is going to get all awards-buzzy with this movie and Catherine Keener is probably going to shake up the 2013-14 awards race. Plus it’s directed by Paul Greengrass and I’ve dug every movie he’s made, well, except for Green Zone. That movie sucked. 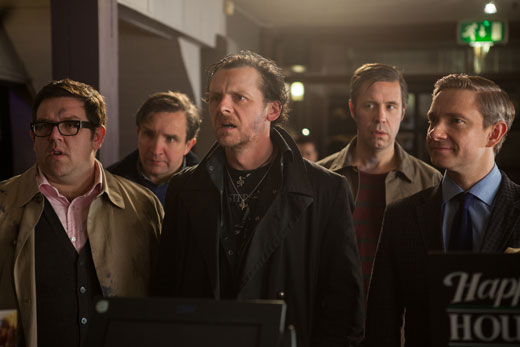 Here’s hoping a new director can shoot steady action scenes. The first Hunger Games movie was one of the most over-hyped films of 2012 (yea, I said it, come at me Mockingjays) and with Francis Lawrence taking over for the remainder of the franchise, it will be interesting to see what kind of stylistic changes he makes. 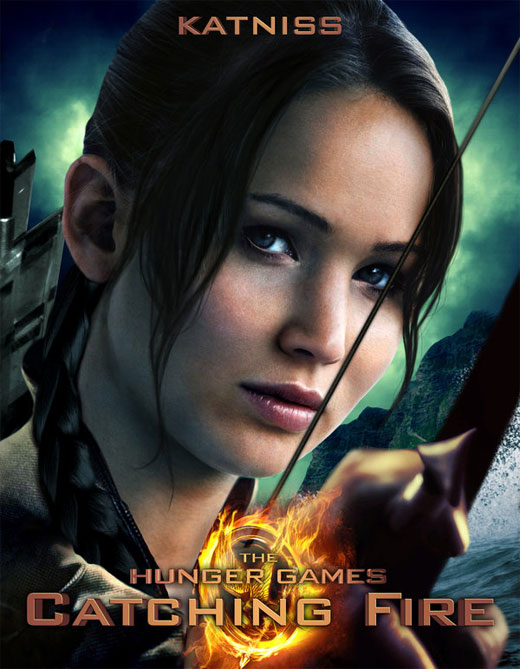 The Hobbit: The Desolation of Smaug (Dec. 13)

Will it be an unnecessary middle movie or will Desolation actually be entertaining and worth watching. I’m putting my trust in Peter Jackson’s hands as he hasn’t disappointed me thus far and I can already picture the sweeping landscape shots of rural New Zealand.

Can we just go ahead and pile a bunch of award nominations on this movie now. Ok, it still has to screen and go through the whole critics process, but let’s face it, George Clooney (aside from Leatherheads) doesn’t direct crap. And with the cast that he’s piled together for this movie (Matt Damon, Daniel Craig, Bill Murray, Cate Blanchett), this thing has awards bait written all over it.

If Tom Hanks isn’t going to get all awards buzzy with Captain Phillips, then he’ll most likely make that splash with this behind-the-scenes-of-Mary–Poppins flick. Of course, it depends on how well he can play Walt Disney, but the cast is solid and John Lee Hancock helmed The Blind Side and The Rookie. Then again, he also helmed Snow White and the Huntsman.

I put this movie on her, but given that it’s been moved for the past two years, who knows if it will even make it to the screen. If it does, I’m game to check out Keanu Reeves lead this re-telling of the classic Japanese samurai action-drama for the umpteenth time. 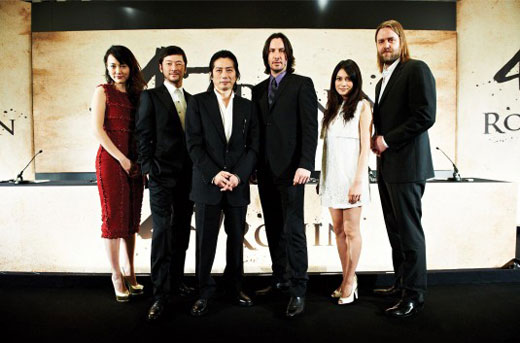 Chris Pine and Kevin Costner as the lead actors is all well and fine, but I’m happy to welcome Keira Knightley back from the depths of period movie monotony. Not saying that she has to star in a blockbuster evey year, but the classic period dramas were getting a bit tiring.

It’s got Robert DeNiro, Michael Douglas and Morgan Freeman starring as a bunch of best friends who throw a Vegas bachelor party for the only one of them who has remained single. It’s like The Hangover, but with old people.

And with that, let’s jump into my Top Ten Most Anticipated Movies for 2013…

This could end up being just another Roland Emmerich disaster-piece when all is said and done, but tagging the movie “Die Hard inside the White House,” has me intrigued. Channing Tatum is in the lead, protecting president Jamie ‘Django’ Foxx from intruders. Here’s hoping there’s some semblance of a story to go along with the gunplay.

The first trailer looks way more promising than I had originally thought. Here’s hoping this is the true return of Jim Carrey to the goof-ball comedy genre that Yes Man was supposed to be.

This movie lands on here sheerly from anticipatory curiosity. Just what is this movie going to look like? Yea, we’ve seen a couple trailers, but no real sense of the story, how much Amy Adams is there and more importantly, what happens when Nolan and Snyder collide? Dark, broody acting meets CG-eye candy. WB has a lot riding on this movie, especially with hopes of launching Justice League. Let’s see how this rendition of Kal-El does.

November is going to be a BUSY month. Not only do you have Thor, but Catching Fire opens a couple weeks afterward. More than anything, I’m glad to see Natalie Portman back on the big screen and, like Iron Man, it’ll be interesting to see what direction Marvel takes their individual franchises following Avengers.

It’s been nine long years since the most legendary news anchor from whale’s vagina, I mean, San Diego was on the big screen. Combine the plethora of insta-quotes that will come out of this movie with the equally endless number of cameos that are sure to appear and I really can’t wait to see this movie. 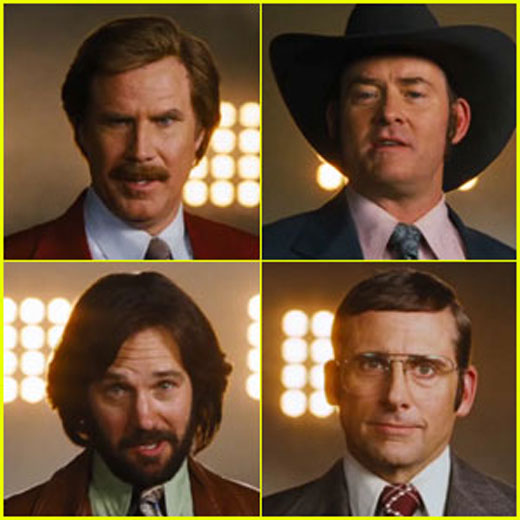 Kick-Ass 2 promises to up the ante. All the main characters from the first film are back – Kick-Ass, Hit Girl, Red Mist, but there’s also a plethora of supporting characters in what essentially becomes an amateur-style Avengers showdown with the Justice Forever crew taking on the Toxic Mega-Cunts led by The Motherfucker (formerly Red Mist) and his bodyguard, Mother Russia.

Tony Stark gets first crack at picking up the Marvel storyline post-Avengers. All indications so far point to a darker, less flashier three-quel. Let’s hope it’s not so dark and “flash-less” that it bores audiences to sleep.

Certainly a surprise hit from 2009, Cloudy 2 picks up from where Cloudy with a Chance of Meatballs left off. Here we find Flint taking on his most famous invention (which we thought was destroyed at the end of the first film) as it spews out menacing food-animal hybrids.

Robert Rodiguez finally gives us a sequel to the 2005 hit. My level of anticipation for this movie cannot be put into words, so I’ll simply say that expectations are very high. And welcome back Nancy Callahan.

If you know me, this is pretty much a given. My most anticipated movie of 2013 (even though this list isn’t ranked), is the return of Wolvie!! The fact that I’m not sure what to expect with James Mangold at the helm makes it all the more intriguing and I’m curious to see how the film is tweaked (especially the ending) from the graphic novel version.

So that’s my list. Which movies are you looking forward to? Here’s a few more titles from a photo gallery that I helped assemble over on Fandango.