This is probably going to be one of the shorter entries considering, A., I watched two complete mini-series and B., my attention and time is geared more towards the Oscars at the moment. That been said, let’s dive into this sixth edition of “What I Watched…”

The Pacific – Steven Spielberg and Tom Hanks’ companion piece to Band of Brothers follows the same harrowing tale of combat during World War II, this time, in the Pacific vs. Japan. I must first off state that I am half-Japanese, so WWII movies that take place in the Pacific always have an extra special meaning to me. That been said, it took until the fifth episode of this series before I really got into it. The first four episodes are so languid and slow-paced and while the cinematography is great and the musical composition by the legendary (and seemingly ubiquitous) Hans Zimmer ebbs and swells at the appropriate moments, I couldn’t like the first batch of soldiers as much as the latter half. This is significant because with Band of Brothers, I was rooting for that group of soldiers from the get-go. The battle sequences are still top-notch, and honestly, I would expect nothing less from Spielberg and Hanks’ with their resume featuring Brothers and Saving Private Ryan. 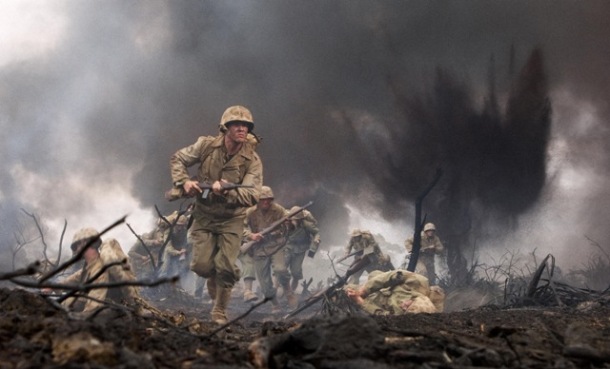 A still from one of the epic battle sequences in "The Pacific."

Hotaru no Hiakri (ホタルの光) I already knew I was going to like this Japanese romantic comedy series. Translated it means, “Glow of Fireflies,” and stars one of my favorites – Ayase Haruka in the lead role. There is a second part to this series which I will watch shortly and include in the 7th edition of this series, but in the meanwhile, you can get a general breakdown of the relationships and storyline in this manga-adapted comedy. As an added bonus, I found this compilation video set to Aaron Carter’s “When It Comes To You,” which is edited beautifully and makes me love this series even more. 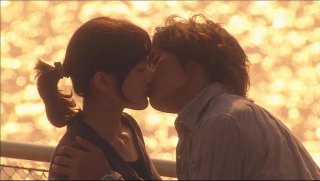 A second "first kiss" in "Hotaru no Hikari."

The Last Song Contrived, yes. But Miley Cyrus and Greg Kinnear do a nice job with their characters. The ending seems a bit forced and the twist involving Kinnear’s character seemed a bit too fresh for me, having just experienced that. (Yea, I’m no gonna give it away) Maybe that’s what helped my empathize with Miley’s character. Overall, not as bad as the critics make it out to be. 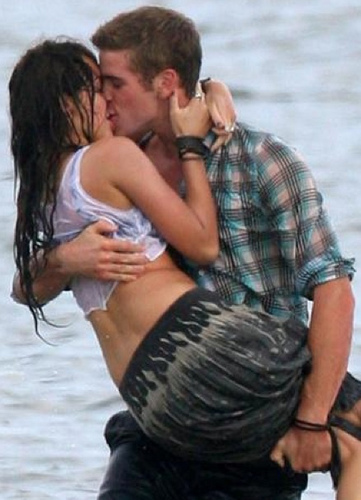 The Kids Are All Right I can totally see why the critics loved this movie. The acting is excellent all around and while the story seems to meander around, it definitely has that hip indie vibe to it. Annette Bening is REALLY good, which is saying something cuz I don’t normally like her in movies. Julianne Moore gives a strong emotional performance as well. Mark Ruffalo, eh. I definitely saw more of his bare ass than I cared to see. The ending is very ho-hum. Kind of like, “OK, well, that’s all the story we have for ya. Thanks for watching.” 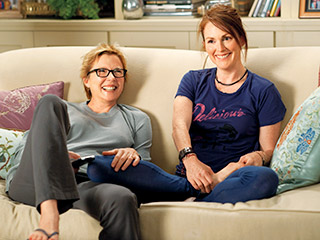 Annette Bening and Julianne Moore in "The Kids Are All Right."

Drive Angry 3D Bullets, blood and boobs in 3D. An early review from a private screening. Consequently, this is the first movie I watched on an actual movie screen this year. I was a bit leary about watching this given that it’s directed by the guy who made My Bloody Valentine, but Drive Angry is a pretty kick-ass Grindhouse-type movie in pretty decent 3D. Granted it’s not great but it’s certainly not as bad as I thought it might be. Nicolas Cage plays it pretty even keel, kind of like The Bride from Kill Bill while Amber Heard, well, Amber Heard. 🙂 William Fichtner is freakin’ hilarious as well and David Morse makes a nice cameo. Overall, an OK movie. 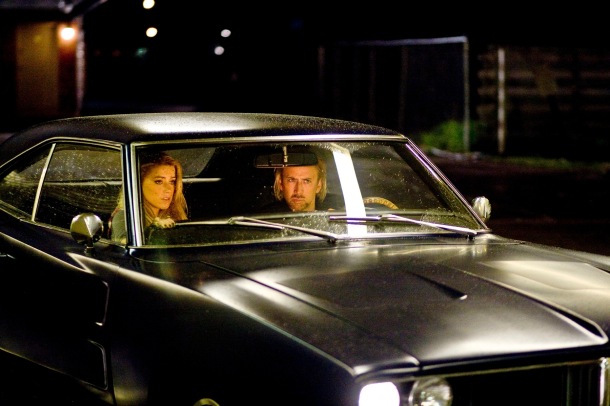 Amber Heard and Nic Cage set off to kick some ass. In 3D!

Hmmm, OK, I guess this didn’t end up being that short of an entry after all. Happy movie watching and see you all around at the next post!