Forrest Gump ponders life with a box of choc-a-lates.

Having just spent the day at Comic Con in Long Beach, I’m tempted to put the Forrest Gump character into a variety of supehero costumes. But I’ll spare you the trouble since they all end with Forrest either doing somthing dumb and saying, “Stupid is as stupid does,” or running away. I guess if he could be any superhero, The Flash would work perfectly.

The last session I sat thru at Comic Con was a panel discussion with Transporter director Louis Letterier. Now what if Forrest was a Transporter. Surely, the fight sequences would be interesting. I think he would be resourceful in a Jackie Chan sort of way but ultimately end up getting his butt kicked. Badly. Or, he could just run away. Screw the BMW/Audi, Forrest travels old school; a pair of Asics and a backpack. So you couldn’t give him too much to transport.

The panel also included the director of Alien: Resurrection. now, what if Forrest had to fight Alien? Yea, it’d probably be the shortest movie ever and that wouldn’t be a box of chocolates in his pants. Yeah, I went there. 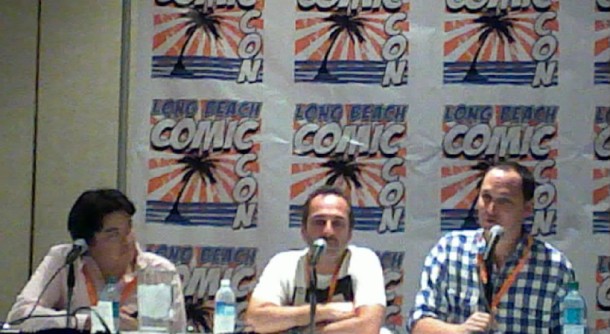